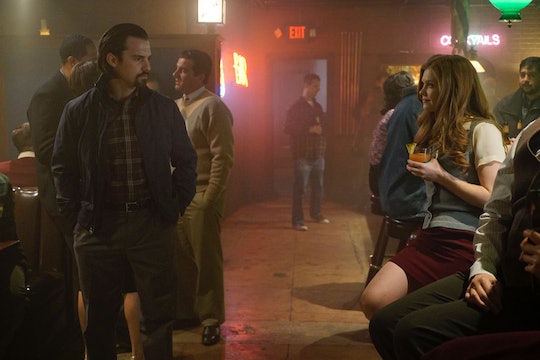 'This Is Us' Delivers A Clue About Jack's Death

It's a question fans have been asking themselves all season long, and it seems as though we may finally have been given a real hint about how Jack dies on This Is Us. Rebecca going on tour has really put a strain on their marriage. It's also caused our favorite TV dad to take up drinking again. And that could very well end up being the cause of his heart-wrenching demise. So does Jack die from drunk driving on This Is Us? I'm sorry to say that the evidence for this is stacking up.

Through a series of flashbacks, fans saw Jack struggle (and fail) to come to terms with Rebecca's temporary departure while out on the road with her band. Even their goodbye was not up to the usual standard of romance we've come to rely on them for. And when Jack went out to reconcile that fact, she was already in a vehicle driving away from him, which left a bitter taste in his mouth. A bitter taste that he decided to fill with beer and a lot of it.

A young, teenage Kate could tell that her dad was unhappy and suggested that he go to Rebecca's show that night (it was only a two-hour drive away) in order to reconcile. He said no at first, but after he'd rejected his co-worker Heather's advances at a local bar, he decided to take his daughter's advice.

But that right there is where the problem may lie. It doesn't seem as though Jack is in any condition to be driving at the moment. He's clearly been drinking and judging from next week's finale promo, he continues to do so while behind the wheel. Add this to the fact that Kate blames herself for her father's death and we have never been closer to figuring out what happened to our poor, sweet Jack once and for all.

Obviously, Kate is not actually responsible for Jack's death, but it's easy to see why she's allowed herself to think that way. When someone we love dies, it's normal to search for a reason, so we can do something with our bottled up anger. Kate knew she had talked to her dad about going to see her mom. If he died while en route to see her, she probably felt that her actions directly caused his death. But, in actuality, if this really is what ends up happening, then the only person to blame is Jack himself.

This character has proven to be perfect in almost every way, but there is no excuse for drinking while driving. Kate was only trying to help her parents stay together like any kid would, and I know for a fact that Jack would never want her to feel guilty about what happened. I can only hope that she comes to realize this as well, so she can make peace with it and be able to move past it. That's what Jack would want.

Nothing has been confirmed yet about how Jack departs this world, but if the clues are any indicator, I'd say drinking will play a significant part. We all better start stocking up on tissues for that finale next Tuesday. Something tells me we're going to need it.