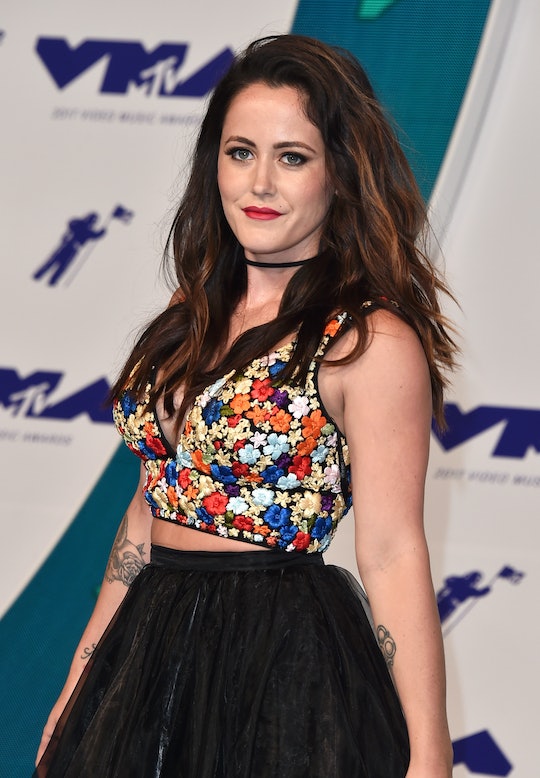 If you've followed former Teen Mom 2 star Jenelle Evans' parenting journey throughout the years, then you probably already know that she has had her fair share of ups and downs. Most recently, the mom went through a court battle regarding custody of her children, and now some fans might be wondering whether Jenelle Evans has custody of her kids today. As it turns out, a judge recently issued a ruling regarding the case.

As Us Weekly reported, Evans and her husband, David Eason, won back custody of their children on Wednesday, July 3. Evans regained custody of son Kaiser, 5, and the 2-year-old daughter she shares with Eason, a little girl named Ensley. Eason also has custody of his 11-year-old daughter, Maryssa, who is the product of a previous relationship. As for Evans' 9-year-old son, Jace, he'll continue to live with his maternal grandmother, Barbra Evans, but will have supervised visits with his mom, according to E! News.

Evans and Eason did not immediately respond to Romper’s requests for comment regarding the ruling.

As for Evans' response to the ruling, she was thrilled. "I am ecstatic to regain custody of my kids back," the 27-year-old star told E! News about the ruling. "Throughout this long process and final decision, I am excited to be moving forward and continuing to show America I'm a good parent."

Evans further demonstrated her enthusiasm on social media, sharing photos of the couple's kids (including Jace) enjoying Independence Day. "Switched it up and had a #LakeDay," she captioned the Instagram shot.

To backtrack a little bit, Evans' battle with Child Protective Services (CPS) reportedly began after Eason allegedly shot and killed the family’s pet, a French bulldog named Nugget, in May, according to TMZ. Ensley was later placed in the care of Evans' mother, Barbara, while Kaiser went to live with his dad, Kaiser Griffith. As for Maryssa, she went to live with her maternal grandmother, according to Radar Online.

It's not clear what spurred the judge's decision to return Evans' children to her care, but it's obvious some people aren't happy with the decision. Barbara, for instance, told E! News that she was disappointed with the ruling. "The Columbus County judge did a great injustice to these children," Barbara said. "Jace was very upset and didn't want to go so I didn't send him back."

Kaiser's grandma, Doris, told E! News: "Nathan is an absolute wreck over this. He called me saying, 'Mom, I can not believe this.' Kaiser is so loved, sheltered and protected here, I felt like I was lying to him, when I told him I was going to protect him. I couldn't protect him. My heart is broken, its just broken...We are in shock, absolute shock, at the judge's decision."

It's not year clear what will happen in the future regarding Evans' family and custody, but fingers crossed things remain peaceful from here on out because, at the end of the day, the only people who matter in this situation are the couple's kids.