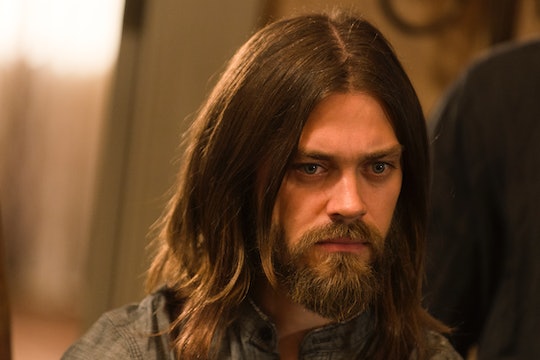 Does Jesus Die On 'The Walking Dead'? He's An Ally In The Comics

On The Walking Dead, Jesus is the only person in Hilltop who seems to be here to support Maggie and Sasha, making him a valuable ally — as long as he sticks around to be of help and nothing terrible happens to him. Though viewers haven't seen much of Hilltop, not everyone has been as welcoming as Jesus. The community's leader, Gregory, is more concerned with keeping things running smoothly without interruptions than standing up for outsiders. Jesus isn't that way, or so it seems; he's interested in keeping Maggie and Sasha safe. However, he can only do that as long as he stays safe himself. Does Jesus die on The Walking Dead?

Jesus is still a relatively new character on the show, but he's been around in the comics for a while now. He's also still alive in the current run. In the comics, Jesus (whose real name is Paul Monroe; on the show, it's Paul Rovia) becomes a very useful part of the team as the communities become united in the fight against Negan. He's got excellent survival skills — including some seriously badass fighting abilities — and he's a decent person, which is a rare find in this post-zombie world. It's no surprise that that people come to rely on him.

However, just because Jesus is alive in the comics is no guarantee about his future on the show. He's in dangerous territory, particularly because he promised Sasha that he would track the Saviors to find out where Negan lives. If anyone could handle that unharmed then it would be Jesus; he was able to sneak in and out of Alexandria pretty effortlessly in Season 6. Still, if he is caught it could mean seriously bad things for him. Worse things than having to listen to "Easy Street" a hundred times in a row.

In the comics, Jesus becomes adept at performing difficult acts for the good of the communities. He does indeed manage to track down the location of the Sanctuary and is helpful in creating alliances between Alexandria and the Kingdom. When it comes time to go to war against Negan and the Saviors, Jesus once again is instrumental in rallying forces and fighting.

If the show follows the comics, then Jesus will be around for a long time to come. It's a safe bet too, considering how well fans seem to be responding to him — it looks like Daryl may have to watch his back as fan favorite.