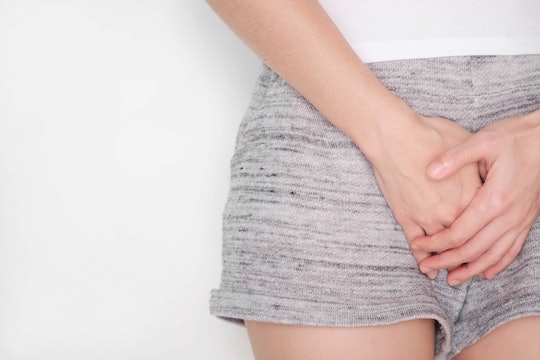 It's getting to the point where if I hear on the news that something is affecting women's vaginas, I assume Gwyneth Paltrow is behind it. From jade eggs to vaginal steaming, we've all read about the rigorous routine that the Goop founder puts her vag through on a daily basis. Now folks are wondering if the keto diet she loves to promote is having an effect on the smell of a person's vagina, because people are claiming they smell a little... different... down there. But, does keto crotch actually make your vagina smell different? Pass me the bread basket, and let's discuss.

There are several articles floating around out there claiming that women who go on the Keto diet are experiencing a very unpleasant side effect of the diet — their vagina is starting to smell a little different than usual. Whether it's due to their diet, some fungal problems, or a little bit too much bad bacteria colonizing is under some scrutiny, but according to research from the Springer Handbook of Odor (which is a real thing), you can rule out what you're eating as the culprit. Your diet is not going make your vagina take on such a strong odor.

The notion of keto crotch sprung from an all too expected source — Reddit. But while there are a few posts about women noticing that their genitals smell a little different after starting a keto diet, most of the women in the group are delighted with the changes to their vaginas. Notably, they're claiming to get fewer yeast infections, and that because of weight loss due to keto, they can see their vulvas more. As someone who has lost a significant amount of weight at one time, I will tell you that your body chemistry changes dramatically during that period as your diet and lifestyle transition.

But no matter how you think your vagina's smell changes with your diet, it's probably nothing. Dr. Jen Gunter, debunker gynecologist extraordinaire, tweeted the facts. She wrote, "Food does not change vaginal odor and the doctor quoted here is incorrect. If your sweat or breath smells of ketones then everywhere else will too."

She went on to say that "there is no mechanism that concentrates volatile compounds from food in the vagina." Note the use of the word "volatile." Because there are times when your vagina will smell differently than you're used to, according to the Springer Handbook. When you get your period, when you're pregnant, or when you are ovulating — all these things can and do affect the way your vagina smells, but it's not going to make it smell unpleasant. But do carbs make your vagina smell differently?

Not according to Gunter, who tirelessly spent her time going back and forth with people on Twitter arguing otherwise. Long story short: if you find that your vagina is not smelling how you'd like, it's not because you've chosen to follow the way of the Goop and eat a high fat and protein diet while ignoring the rice and bread. It could be an infection or a change in life, and it might be worth discussing with your gynecologist. As much as I would love to blame this one on Gwyneth Paltrow, because it's kind of a hobby of mine, I can't.