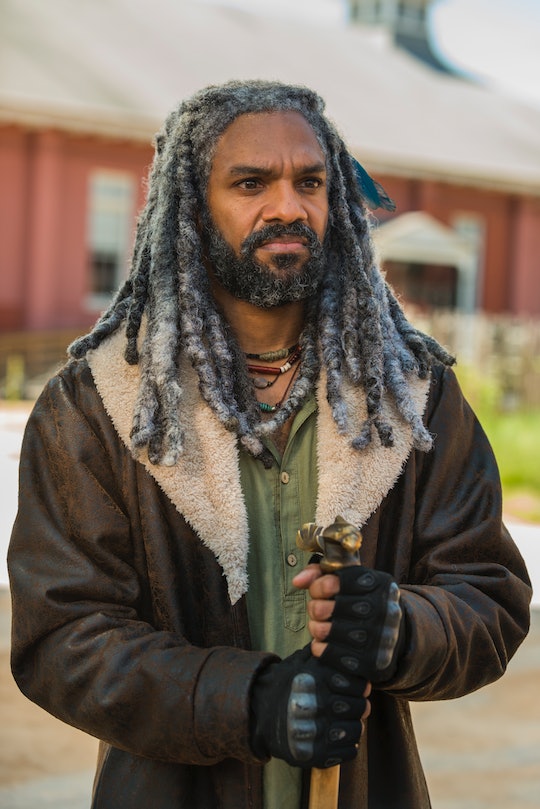 Ezekiel & Negan May Have A 'Walking Dead' Showdown

A war is brewing on The Walking Dead, though there's no way to tell exactly when tensions will boil over. Negan and his merry band of jerks have been terrorizing the surrounding communities for far too long, and that's bound to have consequences eventually. In the comics (spoiler alert!), Negan is eventually overthrown when Alexandria, the Hilltop, and the Kingdom join together to fight back, though things aren't quite there yet on the show. King Ezekiel in particular would be a useful ally thanks to his impressive fighting skills and the gigantic tiger he keeps at his feet like a pet terrier, but will Ezekiel be willing to fight? And more importantly, does King Ezekiel kill Negan on The Walking Dead?

If the comics are anything to go by, then he won't, but only because Negan doesn't die in the comics. He is defeated, but Rick allows him to live out his life in an Alexandrian basement prison. Of course, that doesn't last long, but by the time Negan breaks out, Ezekiel is the one who is long dead. Ezekiel does join in the battle against Negan in the comics, but it doesn't result in a one-on-one brawl between the two, as badass as that would be. However, that doesn't necessarily mean the show will keep the two characters from meeting.

Negan's future on The Walking Dead seems assured thanks to the fact that actor Jeffrey Dean Morgan signed on for another season, but all that means is that he probably isn't going to die any time soon. He could still come into contact with Ezekiel at some point, and that showdown would surely be fascinating for fans. If Ezekiel does join up with the Alexandrians like he did in the comics, then odds are he's going to end up crossing Negan's path sooner rather than later. And if they do meet, they probably won't be having tea and cookies. (Then again, you never know with Negan.)

Both Negan and Ezekiel are theatrical characters with big personalities, though their ethics and morals diverge in a pretty major way. As two forceful characters in the world of The Walking Dead, any interaction they had would probably be explosive. It would be incredibly disappointing if the show passed up the chance to see what might happen if they came into conflict with each other.

Ezekiel probably won't kill Negan, even far down the line. He might not even give Negan so much as a scratch. But it would be a real missed opportunity if the show never allowed them to engage in a passive aggressive stare-down, at the very least.