Laurie Hernandez captured the world's heart with her plucky performances in Rio, which earned her a gold medal along with her "Fierce Five" teammates in the all-around and a silver medal on the balance beam. Now that she's conquered the Olympics, her fans might wonder if Laurie Hernandez has college plans. Not quite. In fact, she just announced Thursday she's inked her first professional contract with Crest.

It isn't really a surprise. Hernandez made the announcement she was planning to go pro before the Rio Olympic games and was passing up a full scholarship to the University of Florida. But she has plenty of time, Hernandez is just 16 years old. She'll likely return to compete in the 2020 games in Tokyo, according to NJ.com.

NCAA rules prohibit any athlete who receives payment from competing in college athletics.

"I am excited about what it means to compete at the highest level of this sport and really want to focus on elite gymnastics for the next four years," Hernandez said in a release at the time of her decision, according to NJ.com. "This was not an easy decision to make, but by making the decision now, it allows me to focus entirely on gymnastics and how I can enjoy this sport that I love."

She also posted this on her Instagram account explaining her decision to sign with an agent and turn professional, but still giving a nod to the Gators:

I am so proud and excited to announce that I've turned professional and given up my NCAA eligibility; although I will always be a Florida Gator at heart. I'm looking forward to continuing to represent USA at the highest level of gymnastics for several years to come! I really appreciate all the love and support from everyone around me; especially my coach @maggiehaney26 for getting me to this level & helping me achieve these amazing accomplishments. 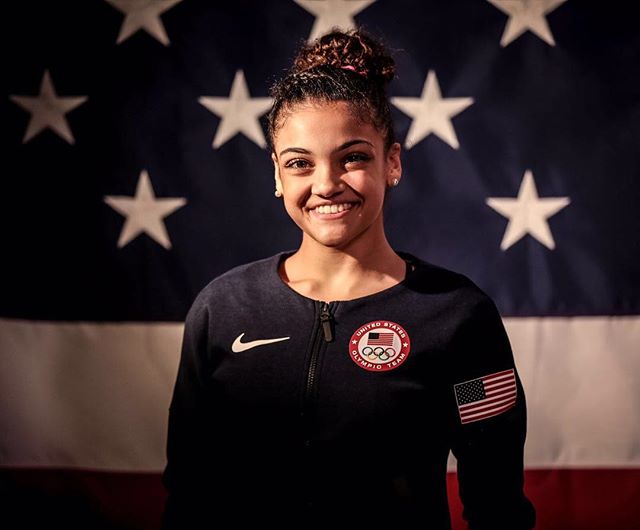 Here's Wednesday's announcement that she's now a Crest athlete along with a sweet picture of the tiny powerhouse and her very proud mom and dad.

"My motto in life (and in Rio!) is to embrace every moment and smile!" she wrote on the post. "This is such an exciting time for me; I'm so proud to be a Crest athlete!"

According to The Daily Mail, Hernandez is represented by agent Sheryl Shade who also works with Shawn Johnson, star gymnast from the 2008 Olympics, and diver David Boudia.

Crest is lucky to have landed this American hero with a million dollar smile, and the U.S. is just as lucky to be represented by this incredibly talented young lady.