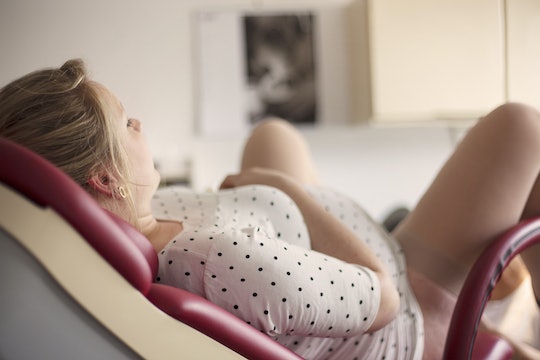 Does Leukorrhea During Pregnancy Have A Metallic Smell?

All types of things happen while you're pregnant, and some are pretty bizarre. Not weird in general, but weird for the pregnant person who's probably never experienced some of these changes before. One of the more sometimes, icky symptoms for a pregnant woman is leukorrhea, a white milky vaginal discharge which is totally normal for pregnant women and non-pregnant women alike. But, does leukorrhea during pregnancy have a metallic smell? If it does, there may be a problem.

According to What To Expect, a metallic smell in your discharge might actually indicate that there is an infection in your vagina. The same What To Expect article warned that if a woman's discharge is yellow, green, thick, cheesy or has a foul smell then it might be a sign that you have a vaginal infection that would require treatment from a doctor. It's important to note again the leukorrhea in itself is not a bad thing during pregnancy. Sure, there's probably a whole lot of it, and at times you may feel like you're in a Nickelodeon slime attack (OK not that bad), but the amount is fine as long as it doesn't have a foul smell.

The discharge usually develops around the start of your second trimester or 13 weeks. At that time, the pregnant body is experiencing a surge of estrogen which results in increased blood flow in the pelvis. It also stimulates mucous membranes (think discharge in between your periods, but way more). According to the What to Expect website Leukorrhea is really good as it helps keep infections out of the birth canal. But, if germs get in and grow then you will likely see a change in the color of the discharge and the smell.

The American Pregnancy website suggested that pregnant women wear panty liners if it makes them more comfortable, although it's certainly not required. The site also stressed that pregnant woman should not be using tampons or douches. Lastly, if you suspect an infection it's best to call your provider about it rather than treating it yourself.