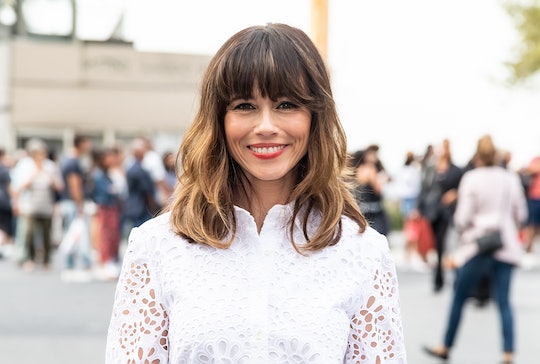 Emmy Nominee & 'Dead To Me' Star Linda Cardellini Is A Proud, Working Mom

Emmy nominated actress Linda Cardellini is known for her dynamic roles both on TV and in movies, but she also has a very important gig off-screen as well. That'd be mom. Yes, Linda Cardellini has one child, a daughter she gushes about quite often.

Cardellini, who stars in the Netflix series Dead To Me, became a mom for the first time on Feb. 29 2012 when she welcomed her daughter Lilah-Rose Rodriguez with Steven Rodriguez. Yes, their daughter was born on a Leap Day, which means her birthday only arrives on the calendar every four years.

Cardellini's pregnancy with her daughter wasn't entirely easy; the actress told People in 2013 that her pregnancy was traumatic after she was hospitalized with pneumonia in her third trimester and had several complications. When it came time to deliver Lilah-Rose, Cardellini told the magazine that her daughter's heart rate dropped and she had to be delivered through an emergency C-section. "I'm so grateful my daughter is alive and so thankful that we've all come out of it," she told People.

In the years since giving birth, Cardellini hasn't taken motherhood for granted. She's been open about how it has been a learning experience for her, telling Working Mother in 2015 that being a working mom is "a process." "I'm learning about it all the time, just as I'm learning about being a mom," she told the news outlet. "And just when you think you have something figured out, everything changes!"

The actress reiterated this to Los Angeles Confidential last year. "Having a family shifts all of your priorities," she told the publication. "Your capacity for love grows and you suddenly feel the preciousness of time."

Cardellini's daughter is now an 8-year-old and described by the actress as "very strong willed" and "very talkative." But it's unclear if Cardellini and Rodriguez, who is a makeup artist, according to Oprah Magazine, will have any more kids in the future. The couple got engaged in 2013 after first meeting in grade school. "We've been friends for years and years," Cardellini told People that same year. "And it was not even three years that we got together and realized that we should've been doing that all along...It didn't take long to figure out we were amazing friends and could probably be great partners."

Although Cardellini has an acting resume that would make anyone jealous, she told Working Mother that she won't push her daughter to follow in her footsteps. "My mom said to me when I was really young, 'Somebody's going to be the greatest scientist, the greatest actor, the greatest writer of your generation. There's no reason you can't be one of those people,'" she said. "That, to me, opened up a whole world of thought. So I want my daughter to know that whatever she wants to do, it's possible for her."

Whether she wants to be the world's best scientist, or an Emmy nominated actress like her, it's guaranteed that Cardellini will support her daughter through it all.