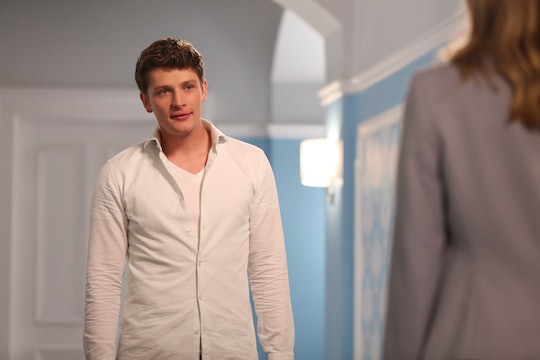 Jane The Virgin is back for its final season, and after the jaw-dropping Season 4 finale, fans have been waiting to learn the truth about Michael. Everyone thought he died in Season 3, but his reappearance in the finale left fans shocked. There are plenty of fan theories floating around, but some people think that Michael’s been missing because he suffered memory loss. So does Michael have amnesia on Jane The Virgin?

In the Season 4 finale, Jane ends up at Rafael’s apartment, expecting to get a proposal. Instead she finds her husband, Michael, back from the dead. He was thought to have died from a heart complication in Season 3, but seeing him standing there gave fans a telenovela style twist they weren’t expecting. There has to be an explanation as to why he’s been gone so long, and why he didn’t reach out to Jane, but fans will have to keep watching through the final season to learn the truth.

Some fans, like Reddit user petrass456, think that there were plenty of hints dropped in Season 4 that would point to him having amnesia. “Amnesia as a plot was dropped so many times over the course of Season 4 that it is the most logical explanation for Michaels presence,” wrote the Redditor. “My take is that they reintroduced Michael as a final obstacle to Jane and Rafael. His insecurity as to Michael needed to be addressed and when Jane said “I guess we will never know (about whether she would always choose Michael over Rafael), I knew that is why Michael was back. Now, we will have Jane struggling to revive Michael's memories.”

This fan theory isn’t completely out of the question, because in an interview with Refinery 29, Jane The Virgin creator Jennie Snyder Urman echoed the sentiment that Michael’s reappearance would impact Rafael’s insecurity about Jane’s love for him. “It’s both the best possible character moment for Rafael — that he brought him back when he had the choice not to — and it’s also his greatest fear that he would be Jane’s second choice if Michael were here,” said Snyder Urman. “So it really sets that up beautifully for where we’re going and what will happen.”

But Snyder Urman also told the outlet that there are plenty of ways Michael’s story could go, so fans shouldn’t jump the shark on what they think is true. “The big initial question will be, ‘Is this Michael? Is this really him?” she teased. “You have Rose [involved], somebody who changes faces — The world of possibilities in Jane are pretty open. [The answers] will be revealed in first episode of season 5. This to me is the beginning of the end.”

So, it’s safe to say fans will get more answers about Michael in the premiere episode, and whether he has amnesia, is a secret twin, or was face-offed by Rose is yet to be seen.

The final season of Jane The Virgin premieres on Wednesday, Mar. 27 at 9 p.m. ET on The CW.