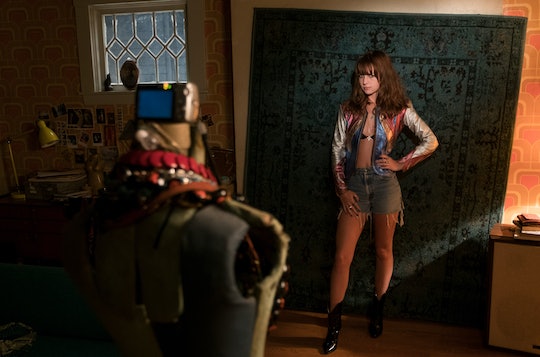 While the new Netflix series Girlboss prides itself on being a "loose adaptation" of true events, certain aspects of it are more firmly rooted in reality than others. For one, its main character Sophia is based on Sophia Amoruso, the businesswoman on whose book (#Girlboss) the show itself is based. The series tracks Amoruso's early career, as she makes a name for herself in the fashion business by stumbling upon her skills as a vintage clothing reseller and creating a company called "Nasty Gal Vintage." But does Nasty Gal Vintage really exist?

Despite the fact that Netflix and the show's writers have taken liberties with the specifics of how Nasty Gal originated, the company depicted on the new series does, in fact, exist in real life. Amoruso founded the company largely the way that the version of Sophia on the show did — she even admitted to Fast Company that "the first thing [she] ever sold online was stolen." She started her eBay store to sell vintage clothes that she'd score at a bargain from secondhand shops (as we see show-Sophia doing in the trailer), while working a security desk at an art school. She started the brand (named after funk singer Betty Davis' 1975 album, not thinking it would turn into even a fraction of the success it eventually did) in 2006 with that eBay store before moving to her own website. Within seven years, the real-life equivalent of the titular "girlboss" managed to create a company that, as of 2014, had expanded beyond vintage clothing to be a notable retailer in fashion for young women, with at least $100 million in revenue.

Unfortunately, the success of Amoruso's brilliant venture didn't last. In 2015, the company showed the first signs of faltering when it raised only $16 million in its latest round of funding (which, apparently, is not that much?) and had three rounds of layoffs. That January, Amoruso had also stepped down as the CEO of the company. Things continued downhill, resulting in Nasty Gal declaring bankruptcy last November, due to its inability "to secure capital or a buyer as the gap between top-line growth and profitability widened."

But luckily (for those who want to shop the online store), the company still exists. Boohoo Group, a British company, purchased the bankrupt brand for $20 million in February. The Los Angeles-based Nasty Gal continues to produce and market clothing, shoes, and accessories under its own brand, and its site is still fully operational.

One thing is for sure — Amoruso's life story (and the ups and downs of Nasty Gal) have plenty of material at the ready if Girlboss continues on beyond Season 1.