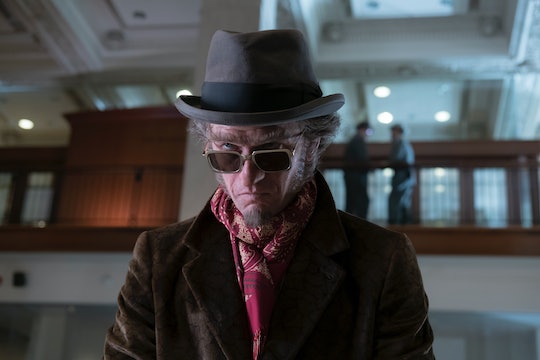 Netflix is adapting Lemony Snicket's A Series of Unfortunate Events into a (hopefully) multi-season series starring Neil Patrick Harris as the story's master of disguise Count Olaf. The last on-screen adaptation of the dark children's series fans got was a mall goth-esque feature film released in 2004 and spanning the first several books, starring Jim Carrey. But the planned movie franchise got held up in production and the subsequent sequels were never made. So what about the TV version? Does Netflix's A Series of Unfortunate Events follow the books? Based on the casting and how we know the series is being structured, it looks like this version will hew very closely to the original series.

In a September 2016 interview on Live! With Kelly, Neil Patrick Harris explained that Netflix was really taking its time with each of the 13 books in the original series, dedicating two full episodes to each book. "They truncated all of the books into a two-hour movie. And there’s 13 books in the series," Harris explained. So [the Netflix show's take on it] is more spread out. Each book is going to be two episodes. We did the first four books, the first eight episodes of the show."

With two hours of programming dedicated to each installment of the book series, it seems like there will be plenty of room to flesh out all the details. Each book also introduces a new cast of characters, as the Baudelaire children bounce from caretaker to caretaker following the death of their parents, which means that the series is ripe for lots of cameo appearances. We know from the show's casting and from perusing Netflix's production stills of the series, that each of the "guest star" characters from the first four books will be represented in the series.

Uncle Monty, Aunt Josephine, and Sir are the first three caretakers the children get placed with after they escape the clutches of Count Olaf, and each of them makes an appearance in the TV show. Other memorable characters like Justice Strauss (played by Joan Cusack) and Mr. Arthur Poe also appear in the show, while Patrick Warburton acts as the series' narrator, Lemony Snicket.

Harris also claimed in the interview that "it’s the most expensive show that [Netflix has] ever done," although it's hard to believe it surpassed The Crown's reported $100 million budget. But it does seem like the show is deeply committed to doing right by the books, so be prepared for this to become your new TV obsession.