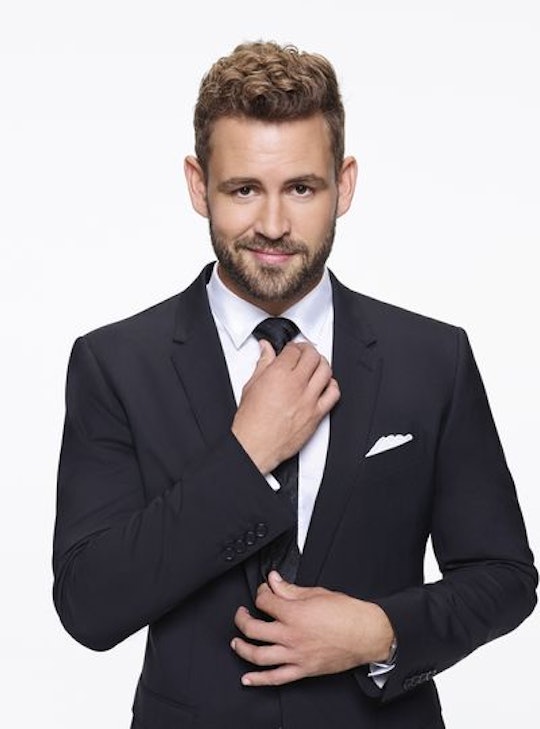 Nick Viall May Have Finally Put A Ring On It

Nick Viall has expressed some nervousness about stepping up as the latest guy to take on the role of the Bachelor, which isn't all that surprising when one takes his history with the franchise into account. Nick has come close to winning the girl of his dreams a few different times (three times, to be precise), but missed the boat each time. However, the circumstances have definitely changed. He's not one guy in a crowd of many like he was as a contestant on two seasons of The Bachelorette; he's not being forced to make a quick decision after a short vacation like on Bachelor in Paradise. Nick is the star of the show now, which means his chances of ending up with someone are a lot higher than they were before. But does Nick Viall get engaged on The Bachelor?

So far, that information is unconfirmed and Nick is absolutely not telling. In an interview with E!, Nick did his best to evade questions and avoid any revealing spoilers. When asked if he ended the show engaged, Nick only said that he was "possibly maybe with someone" but also "possibly not." After so many turns in front of the camera, Nick must be an expert at keeping spoilers unspoiled by now. Despite that, it still looks like the season was a success for Nick.

Nick was more forthcoming when he spoke to In Touch about how the season went for him, telling the outlet that he "definitely found love." While it's not entirely clear whether that means he also got engaged, it seems like a safe bet that he popped the question, especially considering how past seasons of The Bachelor have ended. Nick told People that he's been ready to take that next step for "a long time" but he just hadn't been lucky enough to find the right person. Now that he's found love, an engagement certainly could have followed.

While The Bachelor is a reality show, which means the actions of the real people on it can be hard to predict, it is still a TV series telling a story. Nick's story is that he struck out time and time again, and now he's incredibly close to finally getting it right. The culmination of that story has been years in the making and the show isn't likely to skip out having Nick finally get engaged on television. The Bachelor usually ends with an engagement and the stakes are pretty high with Nick, so yes, he's probably going to end the season engaged. Whether or not that lasts is another story for another time.

And while Nick didn't drop many hints about the outcome of the season for obvious reasons, he did say that he was happy. So whether he ends up engaged or not, Nick seems content with how things turned out. But let's be real: he probably got engaged.