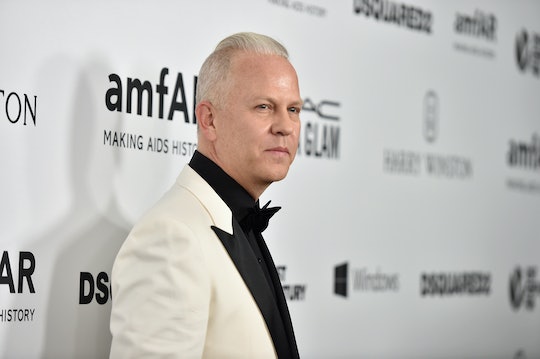 In crime-obsessed America, there are always four sides to every story: his side, her side, the truth, and the filmmakers and showrunners takes on what went down. Often times the latter is a blended representation of all three of the former versions, and American Crime Story: The People v. O.J. Simpson promises to deliver on all fronts. The show chronicles the murders of Nicole Brown Simpson and Ronald L. Goldman and the trial of O.J. Simpson (which, for the record, he was acquitted of all charges). Led by executive producer Ryan Murphy — of American Horror Story, Glee, and Scream Queens fame (among others) — the FX 10-episode series will chronicle the story of Simpson's trial, his acquittal, and the long-standing implications of the case. Though early reviews insist that the show doesn't hedge viewers toward guilty or innocent, the thought still lingers: Does Ryan Murphy think O.J. Simpson is guilty?

In an article appearing on the A.V. Club, author Joshua Alton writers that though Murphy "produces Crime Story and directs most episodes," he "takes no script credits," and later writes that the writing and crafting of the show's most important character, Simpson, "bears almost no mark of Murphy’s involvement except for his ability to wring the best work out of his actors." Though that isn't a cut-and-try "yes, I think he's guilty," or "no, I think he's innocent" assertion from Murphy, I think it absolutely serves as an answer to the question at hand: Murphy has done (and likely will continue to do) all that he can to keep his personal opinions and feelings far and away from the 10-episode series. It's also worth noting that Murphy has never publicly said anything to sway viewers on how he might think or feel about the case and its play out on a personal level.

Even though Murphy's signature television mark usually features tons of drama, shock, awe, and a tendency toward the insane, American Crime Story is a departure from his most notable TV productions. ACS has grit, bite, and showcases the underbelly of one of our country's most iconic trials. Most of all, early reviews promise that the show doesn't try to bend viewers one way or the other. It presents the facts, the feelings, the emotion, and the tenor that rippled through the rest of the nation as the details trickled out and the verdicts were read.

Another answer as to why Murphy has kept his personal opinions out of the spotlight in terms of ACS is the fact that the show was adapted from Jeffrey Toobin's The Run of His Life: The People v. O.J. Simpson, and the adaptation left little room (if any) for Murphy and its writers to defer from its message. In an interview with the New York Times, Murphy was asked why he wanted to make American Crime Story why he was so drawn to the script. He told the NYT:

I had finished shooting "The Normal Heart," which was notoriously difficult to get made. As soon as it was finished, I went into a little bit of a funk. I called my agent, and I said, “Send me the best television scripts that you have that are not getting made.” Nina and Brad had this O. J. Simpson project, based on the Toobin book, and I read the first two scripts. I just thought they were riveting and brilliantly written. It wasn’t at all what I thought it was going to be. It was a series about a violent incident that did not have violence in it. That was interesting to me and very smart.

Obviously the Glee creator wants the work to speak for itself with convoluting anything potential viewers might see and think when watching the premiere (which aisr Tuesday, Feb. 2 on FX). And after watching the chilling preview, it's clear that American Crime Story: The People v. O.J. Simpson does just that.