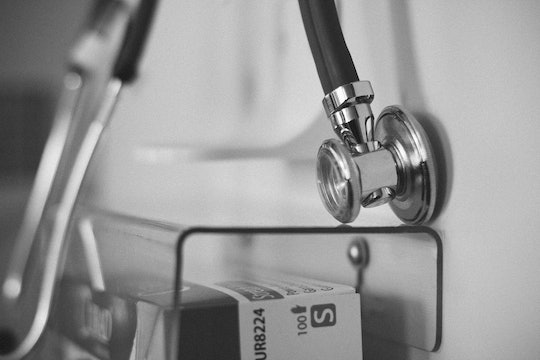 Does Science Reject Transgender Kids? This Pediatric Organization Is Alone In Its Opinion

The American College of Pediatricians has released a "position paper" explaining where the group of health professionals comes down on how best to help kids struggling with gender identity issues. Turns out its "position" is that gender is genetic and an inability to identify with the gender one was born with is nothing more than a psychological issue, despite all evidence to the contrary. Does science reject transgender kids? This gathering of medical professionals thinks so.

Though Think Progress called the organization "fake," it's definitely real, to some extent. What's misleading is that it's presenting this information from a scientific research standpoint instead of what it really is: an advocacy organization.

Lisa Hawkins from the ACP, who responded to a request for comment by email, explains the organization to Romper like this, "The majority of our members are practicing pediatricians from all parts of the U.S. This organization was started by a group of pediatricians who were disappointed in the many medical organizations caving to social/political agendas without scientific backing."

So these are health professionals who have joined the ACP because they believe acknowledging kids who are brave enough to report gender identity issues and treating them with available treatments is amount to "caving to social/political agendas."

The debate over how to treat children with GD is primarily an ethical dispute; one that concerns physician worldview as much as science. Medicine does not occur in a moral vacuum; every therapeutic action or inaction is the result of a moral judgment of some kind that arises from the physician’s philosophical worldview. Medicine also does not occur in a political vacuum and being on the wrong side of sexual politics can have severe consequences for individuals who hold the politically incorrect view.

As if a child who isn't comfortable in their own skin is making some moral or ethical statement. Please. There's mounting evidence, like this recent report from the journal Pediatrics, that found the best thing we can do as parents and communities is support these kids in their chosen identity to help their long-term mental and emotional health. How does ignoring their suffering and just crossing our fingers and hope puberty sorts it out help them? What if they had some other issue? Crippling anxiety or a broken leg? Would we just decide we didn't believe in that as a "thing" and let them walk it off? Unfortunately, abandoning or punishing children when they need parental love and support most of all doesn't sound like the better idea, and medical science tells us it isn't.

The ACP also takes issue with giving kids struggling with gender issues hormones to delay puberty. The idea is that if a child thinks they might be interested in transitioning, for instance, from female to male, putting off puberty would save him from having a mastectomy. The hormone treatments give kids who are unsure about how they want to present their gender a bit more time to decide. While the ACP warns the hormones could leave kids sterile, Think Progress reported research finds that "those who underwent such treatment experienced no negative consequences."

In fact, the ACP position paper states that "conditioning children to believing that a lifetime of chemical and surgical impersonation of the opposite sex is normal and healthful is child abuse."

So providing your child with support and treatment for their issues and allowing them to present themselves the way that feels best for them is the same as abuse? That might come as a shock for the millions of LGBT advocates and parents raising healthy kids who happen to have gender identity issues.

It's an idea I asked Dr. Michelle Cretella, the president of the American College of Pediatricians to address. I asked her if she really thought parents who allow their kids to identify as the gender of their choice were guilty of child abuse. She says:

No. I think that many parents are unwittingly cooperating with what has become institutionalized child abuse. Gender dysmphoria has become politicized and the whole culture has unquestioningly embraced a lie. Every media source promotes this lie and our government is requiring the schools, indeed the whole of society to perpetuate it.

She emphasizes the ACP's recommendation on what parents should do if their child expresses that they're struggling with gender, though, let's be clear, that none of this is backed my medical finding.

If a child consistently and persistently insists that he or she is not their biological sex, the place to begin is for both parents to affirm their love for the child as the biological son or daughter he or she is, respectively (emphasis hers). The next step is to proceed with very individualized family therapy that will seek to uncover reasons why the child has failed to identify with the same sex parent. Clinical experience has documented that some —not all —cases in pre-pubertal children are due to family dynamics that are correctable.

This, of course, assumes being transgender is something that needs to be corrected in the first place. Unfortunately, it sounds like just one more example of the kind of discrimination and marginalizing rhetoric transgender kids and their families face every day.