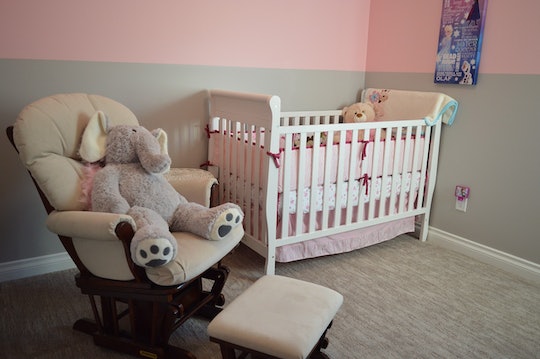 Does SIDS Happen During The Day?

No parent likes to think about the possibility of any type of harm coming to their baby, but it's inevitable that every parent will worry at some point about their child's safety. Perhaps these instinctual fears are hardwired into the DNA of all mammals, but I know all of my friends with children have openly shared the unending list of concerns they have. For example, a question on the top of many parents' lists of worries is does SIDS happen during the day? There are still so many things left to learn about this seemingly unexplained syndrome. Perhaps that's why it's a topic which continues to linger in the back of parents' minds, myself included.

A common preventative measure given by pediatricians is for you to place your baby on their back during sleep to reduce the risk of SIDS. Yet even a newborn can squirm and wiggle their way out of safe sleeping positions. My son, for instance, insisted on not only rolling onto his stomach to sleep, but he had a penchant for nuzzling his face and rubbing his nose into the mattress. This, of course, led to me sleeping next to him until he outgrew this terrifying habit.

Perhaps there's something about the dark cover of night that can evoke a feeling of mystery or fear of the unknown, but can SIDS occur during nap time in the daylight hours? According to a study published on the National Center for Biotechnology Information's official site, SIDS can occur during daytime sleep. Though the number was not as high as the nighttime sleep statistics, there were common factors in all cases. For instance, the results of the study on SIDS showed that not being placed on their back, having something covering their head (blankets, toys, etc.), being left alone, or sleeping with a parent who smokes were all factors which occurred both during the night and day.

Though these findings might not be the good news you were hoping for, now that you know that SIDS can happen during the day and what some of the common risk factors are, you can take steps to reduce the risk of SIDS during daytime or nighttime sleep. According to The Sleep Foundation, there are ways to lower your baby's risk of SIDS, such as, placing them to sleep on their back, using a firm mattress, removing toys and blankets from their sleep area, offering a pacifier during bed or nap time, ensuring they don't overheat, and keeping them away from second-hand smoke. These are just a few steps you can take, but as always, reach out to your healthcare provider or pediatrician if you have any worries about your baby's safety or questions about SIDS.

More Like This
How Hot Is Too Hot For Babies? Experts Weigh In
Gathre’s Winnie The Pooh Collection Is Finally Here
23 Sweet Quotes To Dedicate To Your Rainbow Baby
"Crybaby Ambulance" In Europe Will Help Exhausted Parents