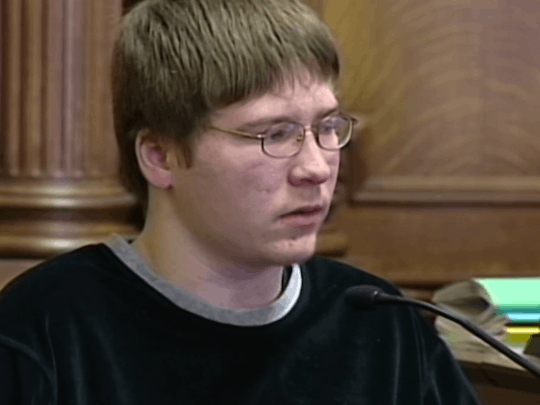 In the wake of the popularity of Making a Murderer, there have been lots of new developments for Steven Avery. But while he has been filing appeals and retaining new counsel, it's not clear if Brendan Dassey and Steven Avery speak to each other or if any progress has been made in his own appeal. From the outside, it looks like the family has been torn apart by the case and that the two convicted men do not speak to each other.

Avery and his supporters have been making lots of progress, and speaking out as often as possible. Even Avery's mother has commented on the documentary, saying this week that she isn't even sure Theresa Halbach is dead. Less outspoken are Dassey's parents, who by the end of the documentary were visibly distressed after the whole ordeal. If Avery's appeal is all about finding new evidence or jury manipulation, then Dassey's is all about his confession and whether it was legal or not.

Parts of that confession were recently released by television personality Nancy Grace, who maintains that Steven Avery and Brendan Dassey are guilty. The transcript is very different from the small sections of the interrogation that viewers see in the Netflix show. Dassey outlines the crime in more detail and says that the two men had planned the attack a few days in advance of Theresa's visit, because Avery knew she was coming.

Throughout the series, Avery does seem to have a better grip on the procedure and the severity of the things that were happening to him. Dassey, who even calls himself "stupid" throughout the series, doesn't seem to understand what's going on at all. If the two men do talk, what would they even say? Viewers aren't sure it would be all that enthralling given the evidence:

Dassey's brother Brad released a rap song this week, in support of his brother and uncle, but doesn't mention if the two men are in touch or were as close as the alleged details of the day suggest. Likewise, more associates of Steven Avery have been speaking to the media. Jodi Stachowski, Avery's ex-fiance, told Nancy Grace this week, according to The Daily Beast, that she doesn't trust Steven: "Steven's the one person I don't trust. He's like Dr. Jekyll and Mr. Hyde, behind closed doors, he's a monster."

Maybe if the two did actually speak to each other, they could help each others' cases. But it doesn't look like that will happen anytime soon.