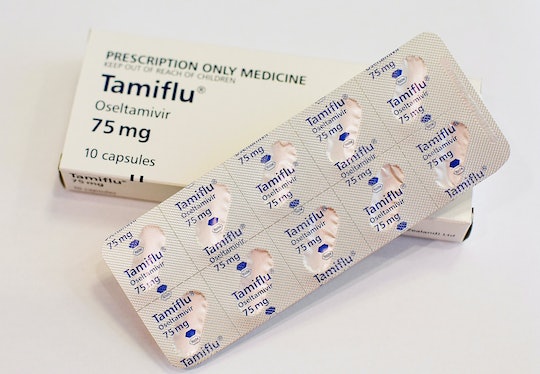 The flu is a terrible, debilitating illness that makes you want to curl up in a ball and forget there is anything outside of your bubble. The desire for a cure, or to shorten the duration of the illness, is intense — almost all-consuming. However, what if that treatment also makes you see things, or propels you to do things you wouldn't normally do? What if it made you delirious? That's the question surrounding Tamiflu, the primary drug used to treat influenza. Is it true, though? Does Tamiflu make you hallucinate?

Recently, a story out of North Texas from CBS 11 (KTVT) reported that a 6-year-old girl being treated with Tamiflu for a bout of influenza suffered severe hallucinations and delirium, causing her to attempt to leap from a second-story window. This story is not without precedent. One of the warnings made by the manufacturer of Tamiflu, Genentech, states: "People with the flu, particularly children and adolescents, may be at an increased risk of seizure, confusion, or abnormal behavior early during their illness." While "abnormal behavior" is definitely a watered-down warning, it's not as though Genentech is in the dark about what can happen when someone takes their drug.

It's important to note that extreme reactions happen with all drugs — it's just a matter of frequency and body chemistry. It's up to the doctor and their patient to communicate with each other and make the call that balances risk versus reward. I spoke with Dr. Christian Hietanen, DO, pediatrician and faculty at Touro College of Osteopathic Medicine, and he tells Romper, "There are also some concerns with regards to neuropsychiatric side effects that range from mild (insomnia) to severe (hallucinations, etc). From my standpoint, I do mention that sleep may be affected, but I do not go to the point of discussing the more severe possibilities." This alone is enough to almost lure a parent away from the drug. Whether it's disrupting your or your child's sleep, it's difficult to imagine how much worse the flu would feel if you're unable to get adequate rest.

There is a reason why he doesn't discuss the hallucinations, though. Dr. H. (as his patients call him) says the "majority of the post-marketing reports of severe neuropsychiatric events (such as hallucinations or even suicide) came from Japan. Other studies regarding safety of Tamiflu along with an extensive FDA review did not find an association between Tamiflu and those severe episodes." Though he admits this is still being investigated and warrants further inquiry. He also questions if it's the Tamiflu or if the hallucinations are a result of the symptoms of the flu — like potential swelling of the brain.

Even with these risks, Tamiflu still has its uses and makes sense as a treatment depending on the situation, according to Dr. Hietenan. He tells Romper that for the very young — children under 2 years old — or for kids with asthma or other underlying condition, it is a useful drug, and most parents he's suggested it to are on-board with the treatment. Also, if the child seems very ill, that's also another good indicator that the drug should be prescribed.

Does Tamiflu cause hallucinations? It's definitely possible, and that's something you should consider when you're talking to your child's doctor (or your own) and determining treatment. Regardless of how you treat the flu, even the best treatments aren't anywhere as valuable as prevention. Get the flu shot if you haven't already, and wash your hands and your child's hands like it's your job. Cover your mouth with your elbow when you sneeze or cough, and clean the surfaces in your home that see a lot of use. Other than that, cross your fingers and throw a few hundred pennies in a fountain for luck.