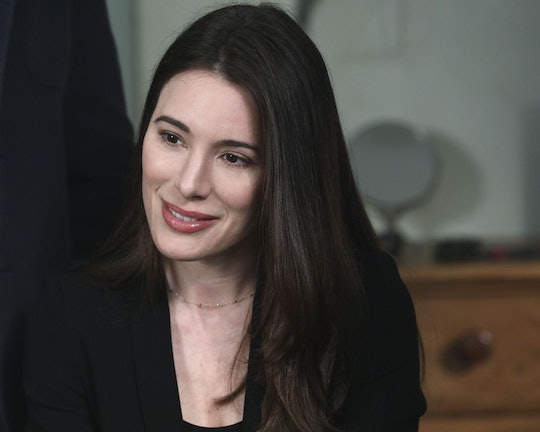 With the fate of not only Storybrooke but the series itself (which has yet to get a Season 7 renewal) hanging in the balance, the Once Upon a Time Season 6 finale has a lot of pressure riding on it. How will it all end? Will this turn into the series finale? That all remains to be seen. However, there is still one more final battle looming in the background of all of this, meaning that someone may end up facing a grim fate. So does the Black Fairy die on Once Upon a Time? It's looking like it'll either be her or Emma at this point.

Now, some could take Jennifer Morrison's recent departure news as a sign that our beloved Savior won't make it out of this epic showdown alive in the end. However, I wouldn't be too quick to come to that conclusion. This decision seems to have been made by Morrison herself and she mentioned in her official Instagram announcement that if the series does get picked up for a seventh season, she's be willing to return for one episode. It also seems like this decision was relatively recent, meaning she most likely made it after the season had wrapped, so I very much doubt she'll be the one on the losing side of this final battle. At least, I certainly hope so.

The general theme of Once Upon a Time has always been that good prevails over evil. Sure, it usually takes a lot of teamwork and pep talks along the way, but the good guys always tend to come out on top. So by that logic, the only conclusion would be for the Black Fairy to get defeated. But will that necessarily lead to death? That's hard to say. One the one hand, she's Rumple's mother, so he may plead for Emma to show her mercy. But at the same time, Fiona doesn't seem like someone who would accept defeat, so really it could go either way.

The series doesn't always kill off its villains. If it did, we wouldn't have the likes of Regina or Zelena or even the Dark One himself. But Fiona has been such a driving force of darkness this season and doesn't seem to show any desire of repenting, meaning she might not give Emma a choice. It could come down to Emma either losing or killing her. It would be a dark note to end on for sure, but considering everything that Black Fairy has done, the decision would be understandable, especially if it ends up saving everyone else in the process.

Fans will be able to find out for sure when Once Upon a Time's Season 6 two-hour finale debuts on Sunday, May 14 at 8 p.m. ET on ABC.