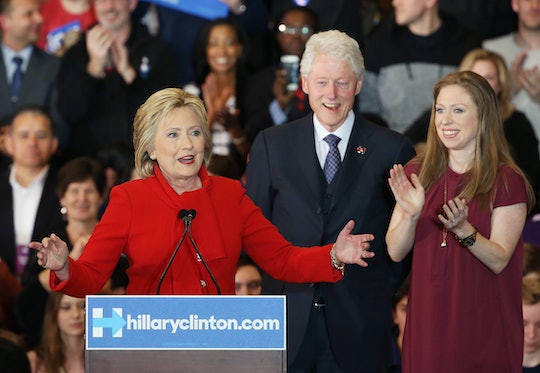 Does The Clinton Foundation Really Have A Better Rating Than The Red Cross?

In addition to revelations that Hillary Clinton used a private email server during her time as Secretary of State, accusations about conflicts of interest and a lack of transparency associated with her family's charity organization have marred the Democratic candidate's presidential campaign. Her opponent, Republican Donald Trump, has publicly denounced what he sees as a "pay-for-play" situation that allowed wealthy donors to earn State Department favors. Clinton has emphatically denied these claims, and her defense of her charity's good works has some merit, even if it doesn't absolve her of potential wrongdoing: According to Charity Watch, the Clinton Foundation rates higher than the Red Cross for its worldwide humanitarian work.

The Clinton Foundation exists to promote work on issues related to global health and wellness, climate change, economic development, and improving opportunities for girls and women — and by many official accounts, it's made huge strides in those areas worldwide. But Clinton's involvement with the foundation during her tenure as Secretary of State between 2009 and 2013 has endured renewed scrutiny throughout this election cycle, fueled by an Associated Press report last week that 84 of the 154 people from private interests who gained an audience with her during that time had also donated to its cause, or pledged to do so. "It is impossible to figure out where the Clinton Foundation ends and the State Department begins," Trump said at a rally Tuesday night.

Speaking with CNN's Anderson Cooper the next day, Clinton denied the "criminality" of her actions, which Trump so fervently touts:

What Trump has said is ridiculous. My work as Secretary of State was not influenced by any outside forces. I made policy decisions based on what I thought was right ... I know there's a lot of smoke, and there's no fire.

Surely, Clinton would prefer to talk about the "A" grade the Clinton Foundation — which comprises 11 nonprofit groups — received from Charity Watch for the work it did throughout the fiscal year that wrapped up at the end of 2014. By contract, the American Red Cross, one of the most prominent charitable organizations in the world, got an "A-" for the fiscal year that ended in June 2015.

According to Charity Watch's report, the Clinton Foundation spent a full 88 percent of the money it garnered during 2014 on programs (rather than overhead costs), while spending just $2 to raise $100 to use performing tasks like enhancing the availability of nutritious meals in American schools and negotiating price cuts for HIV/AIDS therapies.

While the Clinton Foundation has been the target of suspicion and vitriol from both the right and the left (hey, Bernie Sanders), the Red Cross has dealt with its own internal controversies and mishandling made public. Last year, NPR and ProPublica teamed up to expose that severe misallocation of $500 million the charity raised for relief efforts after the 2010 earthquake in Haiti to build a grand total of just six permanent homes for displaced residents. It later became public knowledge that the organization had spent 25 percent of the donation money on internal expenses — more than it had originally disclosed. Romper has reached out to the Red Cross for comment and is awaiting a response.

Red Cross officials called the spending "entirely justifiable given the size and complexity of the Haiti program," NPR reported, but its snafu serves as an example of how charity organizations can fail to do all the good they promise. Charity Watch found that the Red Cross somewhat redeemed itself during fiscal year 2015, when spent 90 percent of its money on programs. That's actually 2 percent more than the Clinton Foundation did in 2014, although the Red Cross spent $30 to to raise $100, compared to the foundation's $2.

Despite the Clinton Foundation's favorable ratings and high esteem as a charitable organization, Clinton herself has also caught flack for not fulfilling transparency promises she made related to before becoming Secretary of State. The foundation didn't, for example, disclose a $500,000 donation the Algerian government made in 2010, The Hill reported. When foundation officials admitted this to The Washington Post last year, they said it was for Haiti earthquake relief — and it came at a time that the Algerian government was seeking to improve its relationship with the United States and its reputation on human rights.

Perhaps the earthquake in Haiti is a symbol of the challenges, and opportunities, nonprofits face when politics are intertwined with the narrative, at least in the very specific instances of the Clinton Foundation and the Red Cross. Both are reputable, legitimate charities that have done lots and lots of good work. But they don't have perfect track records. In Clinton's case, only the presidential hopeful can answer whether all the charitable work was worth the headache the charity is undoubtedly causing her right now.