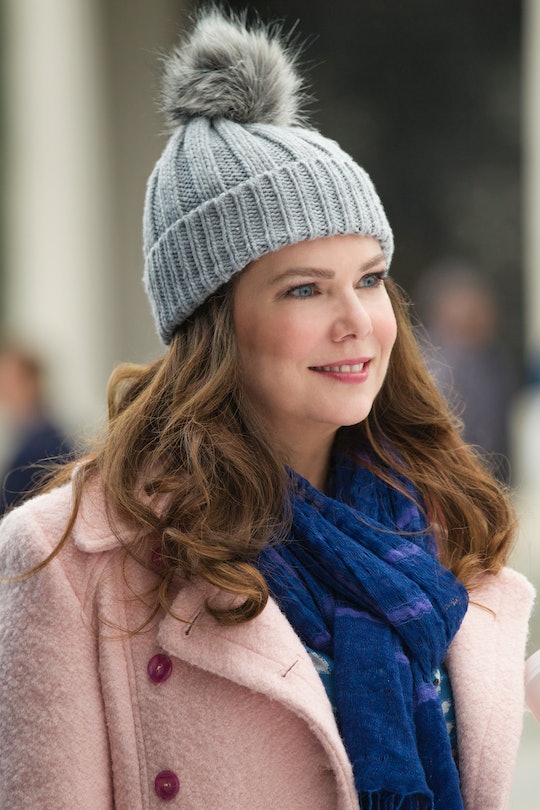 Does The 'Gilmore Girls' Revival Cliffhanger Mean More Episodes? Fans Can Only Hope

(Warning: If you don't want to read spoilers from the entire season of Gilmore Girls: A Year in the Life, stop reading now.) Gilmore Girls fans have been waiting almost 10 years for some closure on the beloved series. Whether they wanted to know who Rory ended up with, or if Luke and Lorelai ever did get married, fans were waiting. And, after watching the four new episodes on Netflix, it may feel like they'll be waiting even more because of the major cliffhanger in the Gilmore Girls revival. (This is your final spoiler warning...) Rory revealed she was pregnant on Gilmore Girls: A Year in the Life, and the fact that those were the final four words of the entire series makes it seem like there has to something more, right?

At this point, it's too early to tell. Fans waited almost 10 years for this, who knows how long the wait for more will be. There have not been any confirmations as to a renewal of A Year in the Life, and at this point, are fans even emotionally ready to deal with more? What's that phrase? Beggars can't be choosers? But doesn't that cliffhanger just beg for more episodes?

We can only hope that Amy Sherman-Palladino is taking this cliffhanger and running with it. Like, run with it all the way to a second season of the revival, if that's what it takes. Seriously, you can't leave fans of Gilmore Girls on such a pregnant pause — PUN IS VERY MUCH INTENDED, THANK YOU — and not expect there to be some type of revolt.

If there were to be future episodes, allow me to outline a few plot points.

Life After Marriage for Lorelai & Luke

They just got married, now what? Also, why wasn't Sookie there? Or Emily? These people are arguably some of the most important people in her life — she couldn't wake them up? Are they mad? I see this being an entire episode for Emily.

Why was this just dropped? Don't they know this is one of those conversations you "table" for an entire year? Can we at least get an update?

Where do I start? Who is the father? Is she keeping it? Will she raise it alone? Is it a girl? Will this be another Gilmore Girl?

Dean is out, and Paul was never in. Logan, on the other hand, seems like a possible option, if, you know, he broke up with his fiancée. Then there is Jess. What happened to Jess?

Clearly there are still many options to explore should ASP & Co. want to venture down a second season. All I can say is it would be welcomed with very open arms.