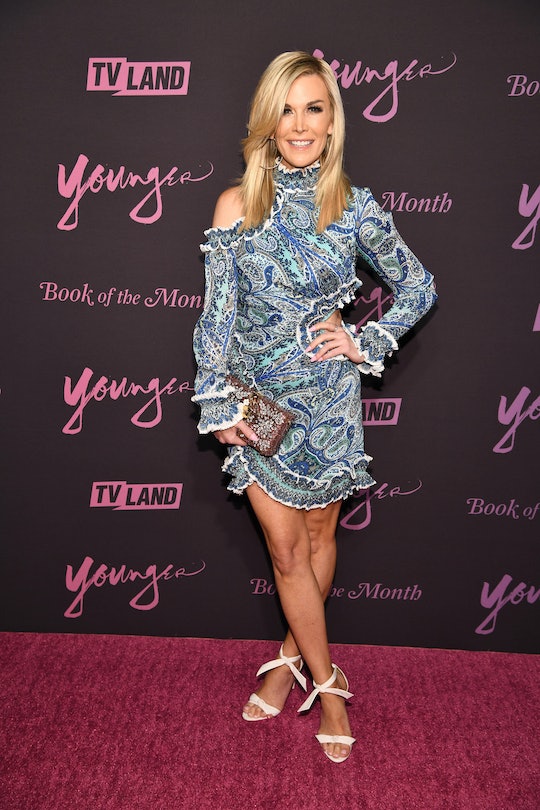 Tinsley's Having A Tough Time On 'RHONY'

In Season 11 of The Real Housewives of New York, Tinsley Mortimer was open about the difficulties she had been having in her personal life. Her relationship with Scott Kluth didn't turn out how she hoped, which left her heartbroken. But she still seemed interested in finding someone and starting a family, though she needed a little time to recover first. Now that she's had some time, does Tinsley Mortimer have a new boyfriend?

Tinsley and Scott broke up officially in February 2019, according to Us Weekly. The same article confirmed, via an anonymous source, that Tinsley was dating again, though she wasn't seeing anyone seriously. Without a word from Tinsley herself, that should be taken with a grain of salt. Publicly, she hasn't announced a new relationship or started featuring anyone special on her social media. Tinsley may be dating casually or she may still be looking for the right one, but it doesn't seem like she's found the guy for her just yet.

During a conversation with Ramona and Bethenny in Season 11 of RHONY, Tinsley expressed a desire to be by herself for a bit because she had a habit of jumping from one relationship to the next. While she felt a lot of pressure to get married and have kids, she may be enjoying the single life right now.

Tinsley and Scott's relationship had a lot of ups and downs, which the Bravo cameras were always on hand to capture. Though Scott himself rarely made an appearance on the show (aside from their memorable first date and that time Tinsley threw herself on the floor when he showed up at her apartment), Tinsley's side of the story has been well-documented. She's broken down in tears over their repeated break-ups and make-ups, and she's expressed her unhappiness on several occasions. Tinsley sobbing in her mother's arms in her doll costume after her guest ringmaster appearance at the Big Apple Circus quickly became an indelible image.

It was difficult for Tinsley to have to relive those tough moments when each of the episodes aired. In an interview with Bravo's The Daily Dish, she acknowledged how emotional she was in Season 11, and explained that she had trouble trying to balance her relationship while defending it to the other women. "It's hard to see that back now," she said. "And it's slightly embarrassing things, [like] to be crying over a boy. Whatever — it's my life. It happened and I'm completely open and honest about it. So, it is what it is."

Tinsley and Scott have gotten back together after splitting in the past, but they may be over for good right now. Their relationship was complicated by living in different cities, and Tinsley's obvious dissatisfaction with the situation was never resolved. There's a chance they might find their way back to each other once again, since that seems to be their pattern. I don't possess powers of clairvoyance, unfortunately. Tinsley could also meet someone new. Anything could happen! It just hasn't happened yet.