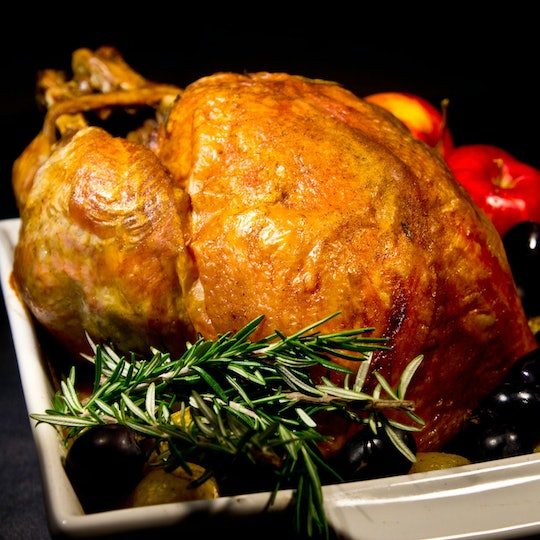 Does Turkey Really Make You Tired? The Truth Behind The Tryptophan Coma

You and your family are gathered around the table after a big Thanksgiving meal. Someone yawns, and then a debate ensues on whether turkey really make you sleepy on Thanksgiving, or if other factors play a part in your post-dinner coma. After all, most people don’t normally eat three different types of pie at one meal. Plus stuffing. And rolls. So is it unfair to blame everything on the bird? Maybe. But will this prevent legions of people from going off about turkey causing sleepiness every holiday season? Probably not. But if you're sick of speculations and want to put an end to this Turkey Day debate once and for all, here is the truth behind the supposed tryptophancoma.

Turkey Fatigue? Not So Much

There's no arguing the tryptophan can make you tried. But according to The New York Times the amount in turkey isn't enough to put you to sleep. Even the venerable Snopes has busted this myth and and declared it false, noting that chicken and ground beef contain similar tryptophan levels to those in turkey, but those foods don’t have similar myths about their lethargy-inducing qualities.

The Origins Of The Myth

A very scientific search for the words “tryptophan,” “turkey,” and “sleepy” in Google turns up some convergence of the three words around the late 1960s, but there is no evidence of them appearing together in a particular article or book. It’s possible the myth just sprang up as urban legend and took hold of most families across America.

So the next time your family members kick back in the recliner and pass out after a couple hours of passing the stuffing, you can share your knowledge that the bird is not to blame. Perhaps you can blame another component of the Thanksgiving feast for the sleepiness? I mean, the pumpkin pie seems like a likely culprit.