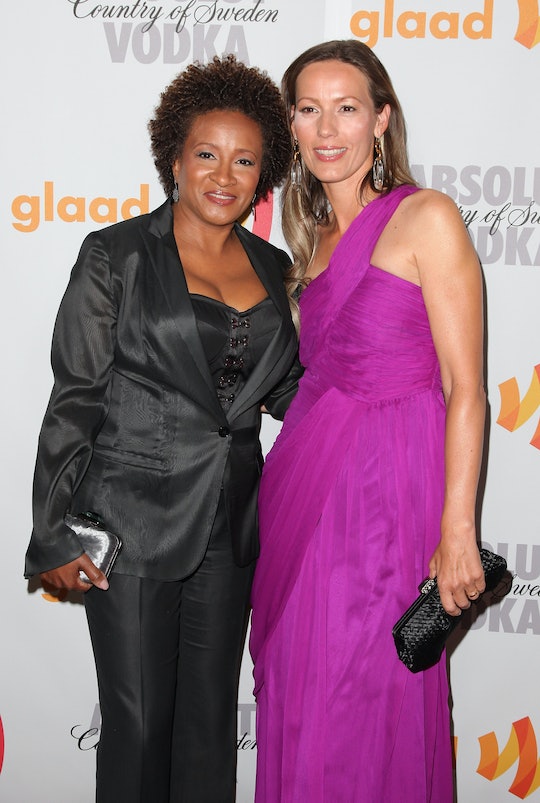 Wanda Sykes' Wife & Twin Children All Speak French, So Does She As Well?

Ever since actress Wanda Sykes tied the knot with her wife — a French woman named Alex Niedbalski who, of course, speaks French — her hilarious comedy often covers what it's like to be in a relationship with language barriers. And with her new Netflix comedy special dropping on May 21, some may be wondering if Wanda Sykes speaks French or how much of the language she understands nowadays, given that her wife and their twin children, who are now 10, speak French fluently.

Sykes and Niedbalski got married in 2008, according to The Independent, and about a year later, Niedbalski gave birth to the pair's fraternal twins — daughter Olivia Lou and son Lucas Claude — in April 2009, as People reported at the time. Sykes' wife was born in France, so English is not her first, native language, though it seems that's mostly how Sykes and Niedbalski communicate.

Sykes, however, does know a bit of French and often travels to France with her family, and it sounds like she's picked up more and more of the language over the years.

But as she previously told Ellen DeGeneres in 2013 when her twins were 4 years old, she joking explained why learning French was not one of her top priorities. "You have to start learning French, you must know some more French now," DeGeneres told Sykes after she shared that both her kids can speak the language. Sykes replied, "I know more, but it's kinda nice not knowing... They ask me for stuff and I go 'I have no idea what you just said... I have no idea.' So I can ignore more things."

That was several years ago, so is Sykes more fluent in French now? During a 2017 interview on Late Night with Seth Meyers, Sykes hilariously revealed how she does indeed understand some French, but is not quite at expert levels. Specifically when it comes to decoding when her kids and wife are trying to "conspire" against her, as she told late night host Seth Meyers.

"I’m picking up little words, but I can tell when they’re about to pull something over on me because they speak fast and in a lower tone. So it’s like, ‘Oh yeah, you know le petit dejeuner, blah blah blah,’ and I’m like OK, I’m with you, breakfast. It’s Sunday so this must be brunch," Sykes told Meyers a few years back, going on to do an impression of her family speaking a bit differently than when they obviously want her to understand.

The 55-year-old comedian added, "I'm like 'OK, we're going to brunch!' and they're like 'well, yeah,' and next thing you know, I’m sitting in the middle of a lake on a canoe."

Fast forward to 2019, Sykes recently told New York Magazine that she does spend a "fair amount of time" with her wife's family in France, so it's likely that she's picked up a bit more than le petit dejeuner and merci.

Sykes' new Netflix special, Wanda Sykes: Not Normal, will undoubtedly tackle hilarious and relatable topics such as parenting, relationships, and perhaps those language barriers, but trailers for it hint that she'll also address more serious issues as well. According to Vulture, Sykes will break down issues such as race and the opioid crisis, and as the comedian told Variety, Not Normal also gets candid about politics and Trump. In addition to all of this, perhaps Sykes will give her fans an update on her current French abilities.

Wanda Sykes: Not Normal drops on Netflix on Tuesday, May 21.