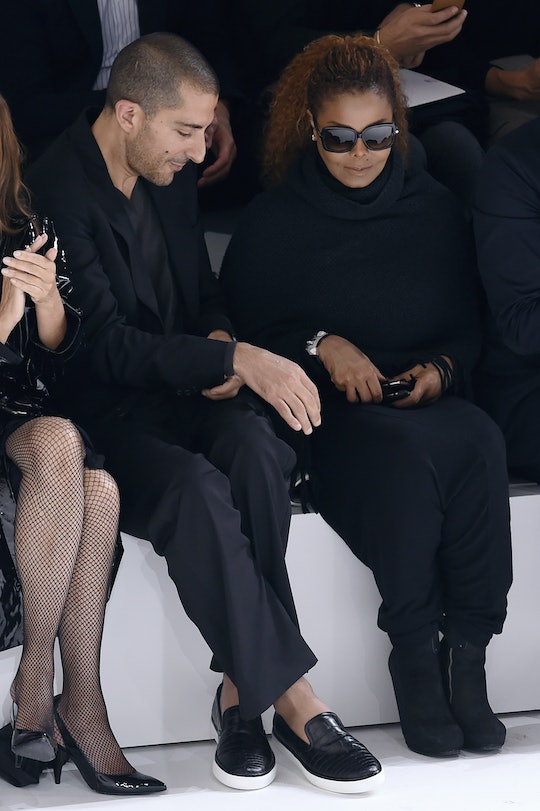 Does Wissam Al Mana Have Children Of His Own? He & Janet Jackson Are Expecting

Last week, pop star and all-around goddess Janet Jackson confirmed that she was expecting her first child with her husband. Her beau, Wissam Al Mana, doesn't have children of his own, so this is big news for the both of them. Jackson cancelled her "Unbreakable" World Tour tour this spring, announcing that she was taking time off to plan her family with Al Mana but it wasn't totally confirmed until she was spotted making her way around London shopping for baby furniture. Jackson subsequently confirmed the happy news with Entertainment Tonight, saying that the good news was 100 percent true.

Jackson married the 41-year-old Qatari businessman in 2012, but they've remained sort of under the radar until now. For good reason, too. They're busy people. Al Mana manages a total of 55 companies based in the Middle East, spanning industries like fashion, media, and real estate. He's worth about $1 billion, according to People, so it makes sense that he's more buried in budget spreadsheets than the Hollywood tabloids.

But that doesn't mean that he's not totally dedicated to the Queen of Pop (have we crowned her yet? We should). Just before their wedding, Al Mana told Harper's Bazaar Arabia that he was lucky “to be dating [his] dream woman." In VMAN Magazine, he added that Jackson is "a very special and talented woman who never ceases to amaze me.” Swoon.

But it's super exciting, because the world could use a little more Janet Jackson in this world (and Al Mana isn't too shabby, either, of course). Right after their marriage, Jackson seemed to be in a solid spot, telling Harper's Arabia in that same interview with her husband, "I'm getting older and I feel more settled. We have a deep bond, a deep connection." Everyone knows a baby can throw all of that into the air, but at just 50 years old, she's likely been ready for some time.

She told Piers Morgan back in 2011 that she always thought about motherhood. “I hope [I’d be a good mother]. Everyone tells me, for the longest [time], they’ve told me, ‘Oh, you’d make a great mother.’ And I’m like, ‘Why?,’" she told Morgan.

When Jackson confirmed her pregnancy last week, she said that she was more than ready to meet her "blessing." A source close to Jackson told People that the pop star was "super excited about her pregnancy," despite some nasty rumors that she was stressing about her post-baby bod.

Jackson's due next month and all (ridiculous) speculation about her "baby bod" will surely fade away once she and Al Mana share some pics of the new baby.

(Come on, Janet, we really want those baby pics.)