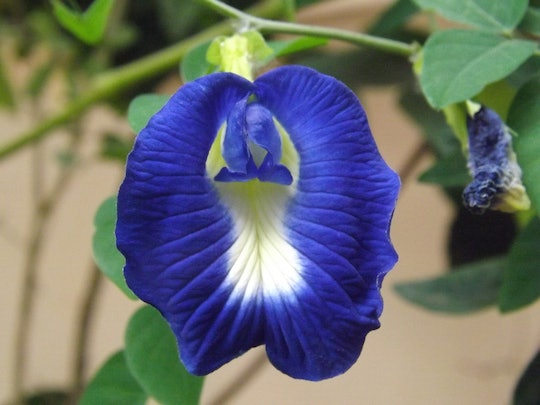 How Your Clitoris Can Change During Pregnancy, According To Science

Let me tell you about my clitoris — she's my bestie. We've been through a lot together, from bad waxes that failed to showcase her beauty, to high school fumblings, to pregnancy. And pregnancy? It was especially hard on her. But is it for everyone? Does your clitoris change during pregnancy?

When I was four or five months pregnant with my second child, my vulva and clitoris constantly felt heavy — there's no other word to describe it. As soon as I'd stand up, it was like all the water and blood in my body rushed toward my lady flower and hung out. My doctor said that this is super common, and that it was due to all of the increased blood flow to my genitals during pregnancy. Apparently some women even develop labial and vulvar varicose veins during pregnancy that may feel like they're emanating from the clitoral area, making it very uncomfortable, noted Mayo Clinic.

Fortunately, I didn't develop a full varicosity, but I did have to become accustomed to feeling like I was holding a water balloon up with my vagina. Uncomfortable, but not awful. But, does your clitoris change during pregnancy other than just opening like the curtains to the baby runway at week 40?

According to Our Bodies, Ourselves, the increased blood flow to the region can make the clitoris and labia extra sensitive. It can result in a more excitable sexual state and an increased libido. However, a swollen clitoris, while not exactly a cause for alarm, should be discussed with your provider, reported Healthline.

Does your clitoris change during your pregnancy in a way that might affect your future sexual function? It's possible. Childbirth and the hormones surrounding pregnancy and labor can alter your sexual function, according to The Textbook of Clinical Sexual Medicine. When pregnancy and childbirth lead to clitoral malfunction, it's referred to as introital dyspareunia and it is pain in the clitoris at penetration or pain in your clitoris accompanying orgasm. There is treatment for this disorder, but it's not perfect. However, it is important to note that most women have a co-morbidity for introital dyspareunia, like physical disabilities, chronic candida, and various mental health disorders. Also, these are much more likely post-menopause than antepartum or postpartum, according to the article.

Luckily, The Nurse's Role in Preparing a Woman for Childbearing and Childrearing noted that your clitoris will likely go back to her glorious self after your body heals from childbirth, and your biggest concern will be choice of underwear and grooming habits. You have a lot on your plate to begin with, so try not to worry about this. Your clitoris is pretty resilient. (Girl power.)