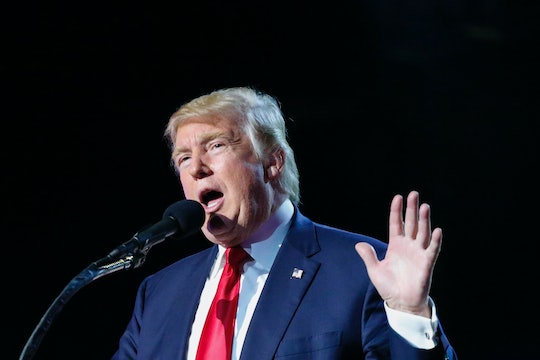 Donald Trump is many things. He is a multi-million dollar businessman and he is the Republican Party candidate for president — but one thing is certain, he is not a loser. Because he is not a loser, Trump has taken to blame others for his low polling numbers. Now, Donald Trump claims polling stations are being rigged — even though there is no evidence to back this up.

Trump's desire to not lose is now taking the form of blaming others for it. In the past day, Trump has blamed Saturday Night Live, his opponent Hillary Clinton, and now polling stations across America for rigging the election. However, Trump has failed to specify how polling places are rigged — and there is absolutely no evidence that proves that the polling stations have been rigged in the 2016 election. Trump's tweet is a perfect example of inciting fear in his voters. By claiming the election is rigged, Trump's supporters will be more untrusting of the democratic voting process, especially if Trump loses.

This is not the first time that Trump has warned his supporters about a rigged election — and because of this, in August Trump started recruiting "election observers" to watch over the polls for fraud. However, according to Politico Magazine, this could lead to voter intimidation.

According to The Washington Post, voter fraud is rare and for polling places to rig the election would be nearly impossible. But at the same time, the election system isn't perfect. People can often encounter broken polling machines, long lines at polling places, and clerical error — especially when thousands of people turn out to vote in one place. This can lead to people becoming paranoid about voter suppression, especially if they feel they are being targeted due to their political affiliation. However, neither clerical errors nor broken machines have been attributed to the system being rigged in any candidate's favor. It's simply human error.

It almost seems impossible that Trump would be calling polling places rigged — as only some states have begun early voting, and none of them have opened their official Election Day polling stations. Trump adviser and former New York City Mayor Rudy Guiliani too told CNN today that he believes that the elections in the highly democratic cities of Chicago, Illinois and Philadelphia, Pennsylvania will be rigged. But according to Vox, neither city saw voter fraud in the past election and does not expect it to be an issue in this election. This is simply another example of public figures inciting fear in voters where there is none.

With only three weeks left until Election Day, voters should know that the election has not been rigged by Hillary Clinton, the media, or polling places — despite what Trump claims.