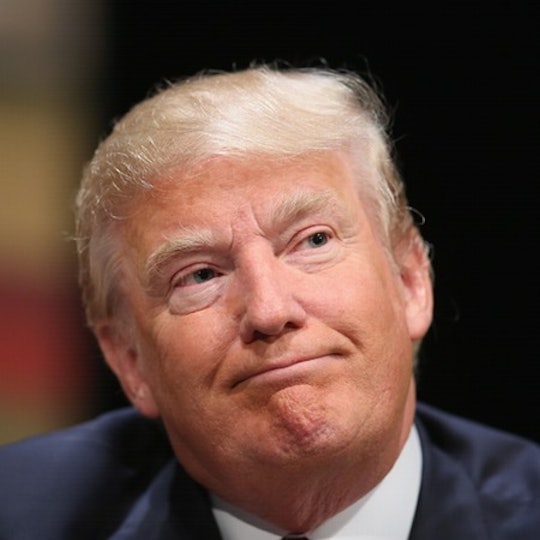 When speaking to the Republican Jewish Coalition on Thursday, Donald Trump thought it might be fun insult his audience by falling back on the old “Jews love money” stereotype. Trump insulted the Jews in the room by introducing himself as “a negotiator, like you folks,” and when he wasn’t immediately pummeled with rotten tomatoes (cheers to those people for showing more restraint than I would have), he doubled down: “Is there anyone in this room who doesn’t negotiate deals?” he asked. “Probably more than any room I’ve ever spoken.” The stereotyping of Jews as savvy in business at best, greedy at worst has been going on for hundreds of years (looking at you, William Shakespeare), but usually presidential candidates are a little more open-minded — or at least filtered — than this. Then again, we are talking about the man who claims that Mexican immigrants are “criminals, drug dealers, rapists, etc."

Later, he insulted the crowd again: "You're not gonna support me because I don't want your money. You want to control your politicians, that's fine.” … "I do want your support, but I don't want your money." I’m not sure if that part’s anti-Semitic, or just rude as hell, to be honest. Regardless of what he’s trying to say, it’s not something you say to people who you’re trying to impress. The Coalition seemed to take all this in stride, but Twitter isn’t letting him get away with it:

But what finally earned him boos from the crowd was his refusal to pledge to keep Jerusalem the capital of Israel during the question-and-answer portion of the appearance: “I don’t know that Israel has a commitment to make a deal,” he told crowd. "I want to wait until I meet with Bibi." (Trump is scheduled to meet with Israeli Prime Minister Benjamin Netanyahu later this month.) Always excellent with his crowd work, Trump called out to one of the men in the audience who booed him: "Who's the wise guy? Do me a favor, just relax, OK?" Sorry, gotta go; the thought of Trump telling anyone to “relax” is giving me chills right now. Good luck, America.