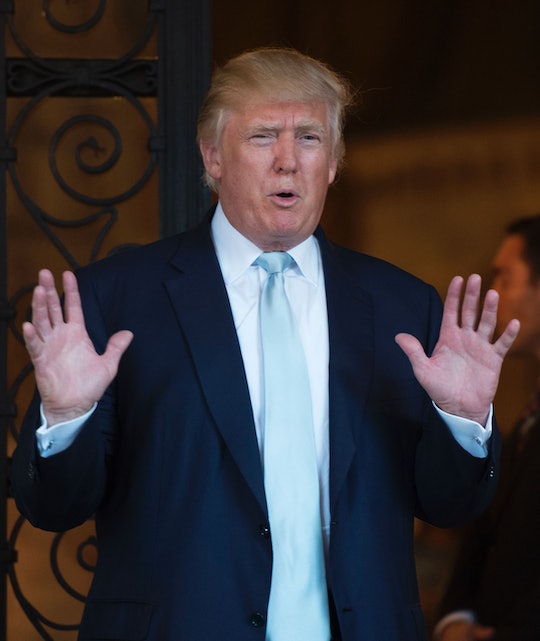 Actually, Mexico Won't Be Paying For That Wall...

It was a refrain heard so often on the campaign trail, it's become something every American knows by heart. Trump has said he is going to build a wall on the southern border of the U.S. with Mexico. And who's going to pay for it? Mexico. And despite repeated denials by Mexican officials, including it's current president, that Mexico had no intention of paying for it, Trump insisted he had a plan. It turns out that plan involves the American taxpayers fronting billions. Donald Trump says Mexico will pay the U.S. back for the wall, in a not at all shocking flip-flop.

This week, GOP members of Congress are reportedly exploring financing the start of the wall through an appropriations process that wouldn't require any new legislation, according to The Washington Post. That means that American taxpayers, not Mexico, would be on the hook for the billions required to construct the wall, Trump's signature campaign issue.

“It would be a proposal that would cost billions of dollars to get done, but if it’s an appropriate priority for our country, it’s worth spending that kind of money,” GOP Indiana Rep. Luke Messer said, according to the Post.

But Trump, in a tweet Friday morning, pushed back on the idea that having the U.S. pay for the wall was in any way a departure from his campaign promise. “The dishonest media does not report that any money spent on building the Great Wall (for sake of speed), will be paid back by Mexico later!” Trump tweeted.

But getting Mexico to pay the invoice for Trump's "Great Wall" is probably going to prove to be difficult. Mexican President Pena Nieto said he told Trump personally during his visit in August that Mexico would not pay for the wall, despite Trump's assertion the topic never came up during their meeting, according to Business Insider. "I repeat what I told you personally, Mr. Trump: Mexico will never pay for a wall," Nieto repeated publicly, in Spanish, after the meeting, Business Insider reported.

Former Mexican President Vincente Fox Quesada repeated that refusal to pay for Trump's "Great Wall" in a tweet sent this week. "Trump may ask whoever he wants, but still neither myself nor Mexico are going to pay for his racist monument," he tweeted. "Another promise he can't keep."

Trump has said his wall would cost between $8 billion and $12 billion to build, according to Politifact, which adds that some independent estimates have predicted the cost of construction could end up costing up to $25 billion.

According to a memo sent to the Washington Post last April from the Trump campaign outlining its plan to get Mexico to pay for the wall, the administration said it could leverage a part of the USA Patriot Act to keep money from being sent from the U.S. to Mexico by private citizens through money transfers, or remittances. In return for allowing those transfers to flow freely, Mexico would need to make a "one-time payment of $5-$10 billion" to fund the wall, the administration said, according to the Post.

It's still unclear how the administration would make up the difference without using American taxpayer money.