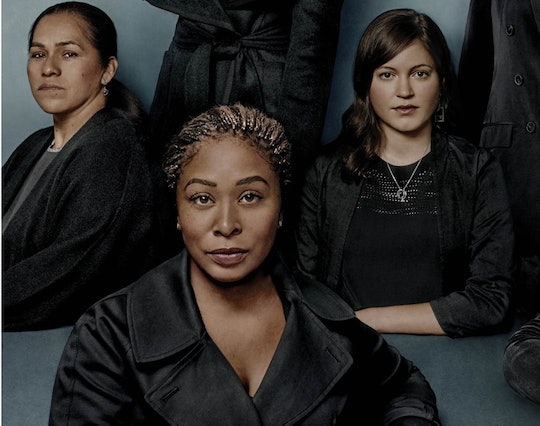 Considering President Donald Trump's long, storied history with TIME magazine, one would think he'd have a strong reaction to the subjects of Wednesday's cover, "The Silence Breakers." But Trump's response to TIME's Person of the Year 2017 is one few expected: none whatsoever. The conservative National Review posited on Monday that should TIME choose the #MeToo movement as its subject, it would amount to nothing short of "a troll operation of the president," who the magazine admits "has a long track record of resenting people who steal the limelight from him." For a man whose primary job as president of the United States often takes a backseat to his side hustle as a Twitter provocateur, his refusal to comment is more shocking than any offensive remark we might have expected.

TIME's Person of the Year is meant to highlight "the person or group of people who most influenced the news during the past year, for better or for worse," but despite past inclusions of Vladimir Putin, Joseph Stalin, and Adolf Hitler, Trump seems to view it as a badge of honor. In 2015, he angrily tweeted about the magazine neglecting to choose him over German Chancellor Angela Merkel, the "person who is ruining Germany." He recently claimed that he turned down the magazine's offer to be featured this year, which TIME promptly refuted.

It's hard to believe Trump would really decline publicity from the magazine, given that he falsely claimed to the CIA in January that he'd been on the cover "15 times this year," which he said was "the all-time record in the history of TIME Magazine." In fact, Trump has been on the cover 14 times total between 1989 and 2016, and that's only if you count unflattering caricatures (President Richard Nixon holds the record, by the way, at 55). And in June, The Washington Post revealed that Trump had fake TIME covers of himself hanging in at least five of his golf clubs bearing the improbable headlines "Donald Trump: The 'Apprentice' is a television smash!" and "TRUMP IS HITTING ON ALL FRONTS . . . EVEN TV!" The magazine asked the Trump Organization to remove the displays.

Even when Trump did receive his coveted Person of the Year title in 2016, the magazine made it clear that it was anything but a compliment. Editor Nancy Gibbs wrote at the time that the man who "now surveys the smoking ruin of a vast political edifice" represented, for many, destruction that "extends to cherished norms of civility and discourse," and "a politics poisoned by vile streams of racism, sexism, nativism." The cover photo, too, belied the publication's disdain; photographer Nadav Kander chose to feature Trump seated in his own shabby Louis XV chair, the rips and stains of the tattered status symbol standing as a metaphor for America's now-tarnished throne.

In contrast, photographers Billy & Hells portrayed Ashley Judd, Susan Fowler, Adama Iwu, Taylor Swift, and Isabel Pascual on this year's cover as pillars of strength and dignity, which one would think might get a rise out of the first runner-up. But after spending Sunday live-tweeting Fox & Friends, bashing the media, the FBI, and Hillary Clinton, and officially endorsing Alabama Senate candidate Roy Moore on Monday, Trump's Twitter account has taken a distinctly muted turn.

On Tuesday, Trump's only tweets were a trio of carefully curated publicity videos highlighting his visit to Utah, an upcoming rally in Florida, and plans for his border wall, the last of which was retweeted from his social media director, Dan Scavino Jr. After the TIME cover was announced on Wednesday, Trump's account tweeted "MAKE AMERICA GREAT AGAIN!" without context, and later, an offering of "thoughts and prayers" for the victims of the California wildfires. Although Trump is currently in Washington, D.C., both tweets were time stamped in Pacific Time, as are Scavino's most recent tweets. Could it be that a Trump staffer has finally wrested away his most powerful tool? If history is any indication, the silence won't last long, and his ultimate response will leave his surrogates scrambling to put out the fire.