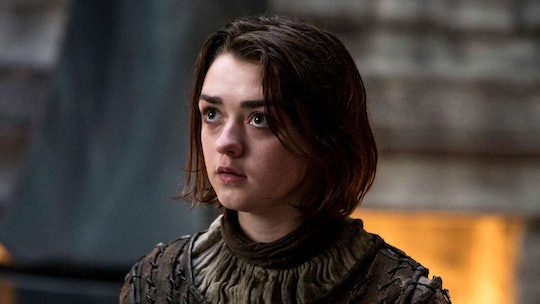 If You're Worried Your Baby Name Is "Too Popular," Read This

Your baby's name is one of the first and arguably most important gifts you give them — even more so than the bougie stroller you took out a second mortgage to buy. Baby naming can be stressful, after all, the return policy is annoying, expensive, and legally complicated. There are lots of things you might want to consider when it comes time fill out the ol' birth certificate, but I urge you: don't worry about how popular your baby name is.

A recent article in The New York Times examined a decade in naming trends, focusing not so much on strictly speaking "popular" names but on names that have become increasingly popular since 2008. The kind of names that make parents say "I named my baby Freya before anyone and now it's everywhere! It's so annoying!" The kind of names that expectant parents, keen to give their child a one-of-a-kind-completely-original-and-unique name might no longer consider in fear that they might be growing "too popular." Even if they really love that name! Even if they've always dreamed of giving a child that name. For some, the idea of a name being popular is enough to get it permanently scratched off the list.

I'll admit to being a little bit boggled that this is such a big deal for people. After all, things become popular for a reason and a good name is a good name. I mean, do we worry about the fact that everyone loves pizza as we shovel our third piece into our mouths? Of course not! The more pizza the better! We sink our teeth into all that delicious cheese and crust and we never let go. It should be the same with names.

wHaT IF sOMeOne ElSe haS hEr NaME aT SCHool?! is not something you need to trouble your pretty little head with.

There are lots of things that are important when it comes to choosing a baby name. Do you and your partner like it? Do you want a name that reflects your cultural heritage or family history? Do you want a name that has a special meaning? What are your thoughts on potential nicknames? Is your family bilingual and you want it to be pronounceable in multiple languages? Do you want the name to be gender neutral? All totally valid! But "wHaT IF sOMeOne ElSe haS hEr NaME aT SCHool?!" is not something you need to trouble your pretty little head with.

"You don't understand!" you wail plaintively, "My name is Jennifer and there were five Jennifers in my third-grade class! I was Jenn G. that whole year!"

Dear Jenn G, as someone named "Jamie" in 1982, I get it. Of course, even if I didn't get it, your feelings are valid. But still — come a little closer, darling, so I can whisper in your ear — was it really that bad? Like... did it sincerely impact your enjoyment of life and living, either in third grade or, indeed, any other grade? Has it ever been anything other than a mild annoyance sometimes? Be honest, you're probably just fine.

But let's say it was really traumatizing (I'm sorry). Or, for whatever reason, it's just not something you want your future bébé to endure, no matter how much you love the name Emma (in the SSA's Top 3 for the last 16 years). Good news! "Popular" ain't what it used to be, so she won't have to.

To better understand what I mean, let's journey back to America in 1900! I hope you're vaccinated because, let me tell you, infectious diseases are everywhere. Know what else is everywhere? Newborn babies named John and Mary. In fact, per data from the SSA, 6% of newborn boys were named John and 5% of baby girls were named Mary.

But over time, popular names have become less and less so. The name Jennifer reached its zenith in 1984, when it accounted for 2.8% of baby girls. In 2018, the most recent year for which we have data, Liam and Emma were the #1 names, but accounted for just 1% of new baby boys and girls respectively. And the #2 spots? Less than 1% of live births. Put yet another way, in 1900, if you were a baby girl there was a 1:19 chance you were going to be named Mary, a 1:34 you'd be named Jennifer in 1984, and just a 1:99 chance a baby born in 2018 would be named Emma. And, OK, is that still a lot of Emmas? Yes. But it's not the overwhelming number you may worry about.

So, statistically speaking — especially when you take into account how popularity can vary by region — you really don't have to worry about your kid being one of a dozen Liams, even in places where it's topping the charts. Case in point: my third-grader had the second-most popular name of his birth year and has never encountered another kid in his school with his name.

Did you know the name 'Nova' is more popular for baby girls right now than the name 'Sarah'?

Defiantly eschewing popularity can also lead parents into something I like to call "The Jayden Effect," which is when you think a name is unique when in actuality, it's actually far more popular than many traditional names. Take the name "Jayden." Modern. Zippy. Cool. Surely there aren't too many people naming their son Jay... oh. Look at that. It's currently more common than names like "Charles" or "Nicholas." Did you know the name "Nova" is more popular for baby girls right now than the name "Sarah"? Or even the upwardly mobile "Quinn?" So going off names you think aren't popular could land you in a real Greek tragedy of a situation, where you try your best to outrun a particular fate so hard you crash right into it.

Except, unlike a Greek tragedy, the stakes here are very low. In a "worst-case" scenario, your son is known as "Noah J" in some situations. A last initial occasionally sprinkled in is a small price to pay for naming your baby exactly what you want. Look, you're only going to have so many children: don't settle on a second choice just because other people also love your first.

More Like This
When Does A Baby Recognize Their Father? A Pediatrician Explains
Valentine’s Day Photoshoot Ideas For Your Little Cupid
Celebrate Your Baby’s 1st Valentine’s Day With These Instagram Captions
30 EXtraordinary Girl Names That Begin With X
What Parents Are Talking About — Delivered Straight To Your Inbox