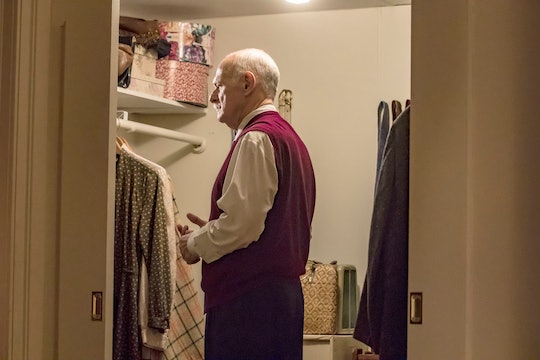 Dr. K's Backstory On 'This Is Us' Is Heartbreaking

In "The Big Day," This Is Us returned to its very first episode to fill in some of the gaps from the day the Big Three were born. A large part of the episode was dedicated to exploring Dr. K's life right before Jack and Rebecca came into it, giving viewers a deeper look at the man who delivered the triplets. And Dr. K's backstory on This Is Us was as heartbreaking as one would expect from the show – but realistic and hopeful, too.

The episode took the viewers through Dr. K's day along with him: waking up, getting ready, and having breakfast. Though they were all very run-of-the-mill, everyday occurrences, each action was nevertheless tinged with a deep sadness. Dr. K's wife had died over a year prior to the events of the episode (fourteen months to be precise) and he was still deep in his grief. His home was full of reminders of her, like her perfume and clothes and even her medication; they were all things that had been a part of his daily life for their fifty-odd years together, and they kept his wife on his mind long after she was gone. He was even still wearing his wedding ring.

It was clear that Dr. K was having a hard time moving on, in part because he didn't really have any desire to do so. During a visit from his son and daughter-in-law, they entreated Dr. K to maybe get out a little, find someone to go to the movies with – like the friend he ran into earlier in the day at the supermarket, who had lost her spouse as well. But that was impossible for Dr. K. The show really explored how adrift a person can be after losing someone who was such a massive part of their life for so long. It can feel impossible to move on and even disrespectful to do so.

Throughout the episode, Dr. K talked aloud to his wife as though she was still with him. She was the person he had spent so much of his life confiding in, after all, that it was understandable that she was still the person he wanted to share his thoughts with. The storyline culminated in Dr. K visiting her grave with one more confession: that he wasn't sure if he could go on without her and he wasn't sure he wanted to. His teary, heartfelt talk with his deceased wife was interrupted by the hospital beeping him and Dr. K left to deliver Jack and Rebecca's children – an event that would have a profound effect on everyone involved.

Meeting Jack and Rebecca and helping them through their own tragedy – the loss of their son – may have been just what Dr. K needed to finally begin the healing process. Despite his claims to the contrary at the start of the episode, by the end Dr. K was able to let himself take a few small steps forward towards living his life again – and letting himself enjoy it, too.