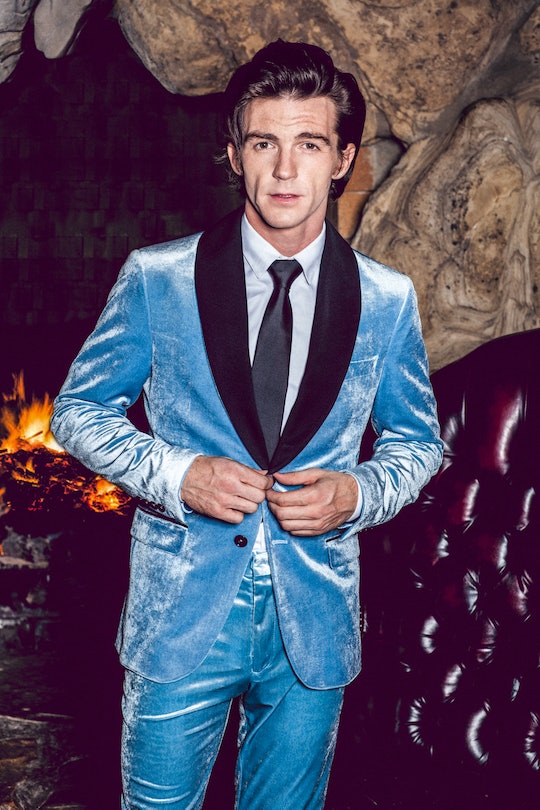 I will always remember Drake Bell best as one-half of the off-beat comedy duo in Drake and Josh, but he has come a long way since his days as one of Nickelodeon's biggest child stars. In a phone interview with Romper, Bell opened up about how Drake and Josh came to be in the first place as well as what he's been doing since the show (and it's subsequent made-for-tv spinoff movies) ended. Hint: he hasn't exactly left show-business yet.

Before Drake and Josh, which made Bell a Nickelodeon star in his own right, Bell and his co-star Josh Peck were best known as ensemble players on The Amanda Show with Amanda Bynes (before Bynes, too, became über famous). Anyone who watched Drake and Josh as a kid will remember the show's totally off-the-wall humor. And watching it as an adult, it's clear that the entire series hinged on the playful chemistry between its two leads. That is no accident. The show began, in true Drake and Josh form, after a particularly hilarious skit between the two preteen actors on The Amanda Show. Bell explains that once the producers of the show saw the chemistry between the two boys they began to give them more sketches to perform together.

Bell confirms that the characters on the show were modeled almost exactly on the real life Bell and Peck. And Bell is still recognizable as the cool, guitar-playing Casanova to Peck's exuberant goofball. Just like how Drake of the show was a wannabe rockstar (Bell actually wrote and performed the theme song for the show when he was still a young teen) Bell is now a real-life rockstar with new music out this year. But if you were expecting the wholesome, upbeat tunes of the early 2000s, well, old Drake Bell can't come to the phone right now. His new singles are distinctly moodier, sexier, and with a lot more R&B influence than what you might remember.

If you want to see what a Drake Bell concert is like for yourself, then you're in luck. Bell will be touring this fall in North and South America. But perhaps more importantly, he's performing a benefit concert alongside the onePULSE Foundation at the Abbey in Orlando, FL on Tuesday, August 14th. All net proceeds from the event will be going to the onePULSE Foundation. Bell explains that he was inspired to perform this concert after happening to drive by the Pulse nightclub, which catered primarily to LGTBQ and Latinx people, and was the target of a mass shooting in 2016. "It’s really intense when you really see how small it is and what everyone... It just hits you," Bell says. And that's a cause I can get behind.

Clearly, Bell has grown up a lot since his days as a floppy-haired teen-heartthrob. Nevertheless, he'll always be Nickelodeon's Drake Bell to me.