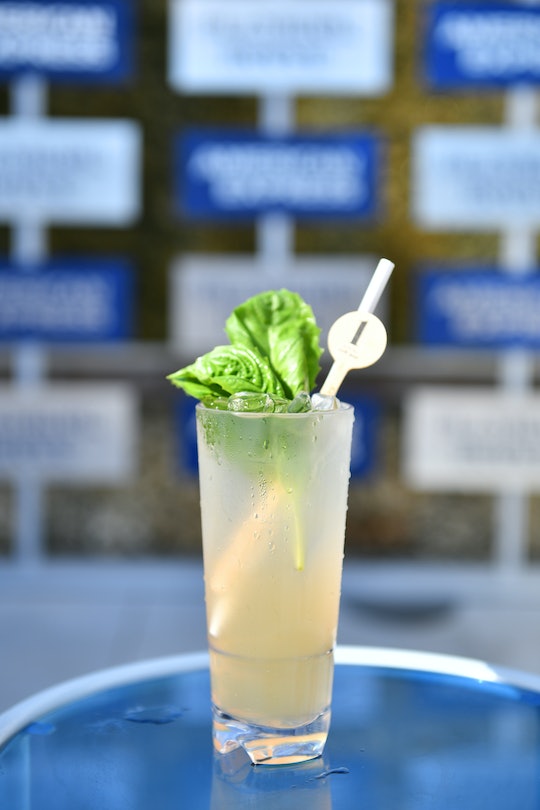 "Dry January" May Have Lasting Benefits, Even If You Only Try It Out For A Bit

Everyone has made a couple New Year's resolutions with which they absolutely failed at following through. It's almost like an adult right of passage. With December quickly coming to a close, people are scrambling to find resolutions that they can maintain through the next year. A popular choice after the festive and celebratory holiday season, Dry January might have some lasting benefits, according to a new study, and may be the missing key to better sleep, saving money, and losing weight.

Dry January is when you ditch alcohol for the first month of the year. According to Women's Health, the concept started in the United Kingdom in 2013 with a non-profit group called Alcohol Concern.

It was originally intended to raise money for alcohol abuse awareness and treatment, per Women's Health. According to Alcohol Concern's website, the group isn't anti-alcohol, but "for alcohol change". The website goes on to state that means the group wants to see issues which can lead to alcohol problems (like poverty, lack of mental health awareness and treatment, and homelessness) addressed in a way that can prevent the problems from occurring in the first place.

New research from the University of Sussex tracked over 800 people who took part in Dry January in 2018. They found that those who abstained in January were still drinking less in August, as noted by a news release, but that wasn't the only benefit.

In addition to drinking less, researchers also found that many of those who participated in Dry January reported having more energy, better skin, and that they saved money over the course of the year, according to the news release.

"Interestingly, these changes in alcohol consumption have also been seen in the participants who didn't manage to stay alcohol-free for the whole month — although they are a bit smaller," Dr. Richard de Visser of the University of Sussex said, according to EurekAlert!. "This shows that there are real benefits to just trying to complete Dry January."

But, how could trying not to drink for only a month have all of those extra benefits?

The brilliant thing about Dry January is that it’s not really about January. Being alcohol-free for 31 days shows us that we don’t need alcohol to have fun, to relax, to socialize. That means that for the rest of the year we are better able to make decisions about our drinking, and to avoid slipping into drinking more than we really want to.

Dry January also helps people to start really thinking about their drinking habits. George F. Koob, the director of the National Institute on Alcohol Abuse and Alcoholism told Self, "The biggest benefit is learning where your body is in relation to alcohol and what you want your relationship with it to be."

There are other small benefits you may see when you cut back drinking. For example, alcohol is a diuretic, as Self reported, which means it makes you go to the bathroom more frequently. According to the outlet, this can leave you dehydrated and take a toll on your skin.

The news release noted that 54 percent of participants reported having better skin after Dry January. Though you can't necessarily assume that because people weren't drinking alcohol, they were drinking more water or other hydrating beverages instead, that could potentially be what's going on.

Dry January isn't meant to be a quick "fix-all". But, it's one thing that you can try for one month that just might have benefits that last the entire year.