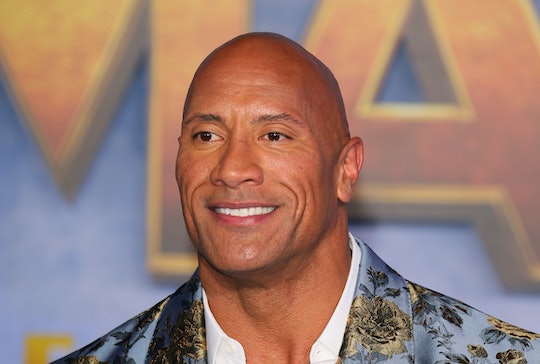 The Rock Asks The Question On Everyone's Mind: "Where Is Our Leader?"

In a passionate plea not-so-subtly directed at President Donald Trump, Dwayne "The Rock" Johnson called for leadership as protestors continue to march for justice for George Floyd, Ahmaud Arbery, Breonna Taylor, and all other victims of police brutality and systemic racism. In a lengthy video shared on Twitter, the 48-year-old actor and father of three repeatedly questioned where the nation's leader has been during this historic, difficult time. "Where are you?" he asks.

"Where is our compassionate leader who's going to step up to our country who's down on its knees, extend a hand, and say, 'You stand up, stand up with me, stand up with me, because I've got you. I hear you, I'm listening to you. And you have my word that I'm going to do everything in my power, until my dying day, until my dying day, my last breath, to do everything that I can to create the change that is needed, to normalize equality because Black Lives Matter,'" he says. "Where are you?"

As Alicia Garza, one of the founders of the Black Lives Matter movement, wrote for The Feminist Wire in 2014, saying "Black Lives Matter" acknowledges "the ways in which Black people are deprived of our basic human rights and dignity."

"#BlackLivesMatter doesn’t mean your life isn’t important — it means that Black lives, which are seen as without value within White supremacy, are important to your liberation," Garza explained in her 2014 essay. "Given the disproportionate impact state violence has on Black lives, we understand that when Black people in this country get free, the benefits will be wide reaching and transformative for society as a whole."

Amid #BlackLivesMatter protests happening in all 50 states and abroad, President Trump has called himself "a president of law and order," as the Associated Press reported, referred to protestors as "THUGS."

Although Johnson never mentions Trump's name in his viral video, his criticism appears to be pretty pointed. He ends his message by saying that while a compassionate leader is MIA, the nation has rallied together. "We're doing it now," he says. "You would be surprised by how people in pain would respond when you say to them 'I care about you.' When you say to them, 'I'm listening to you.'"