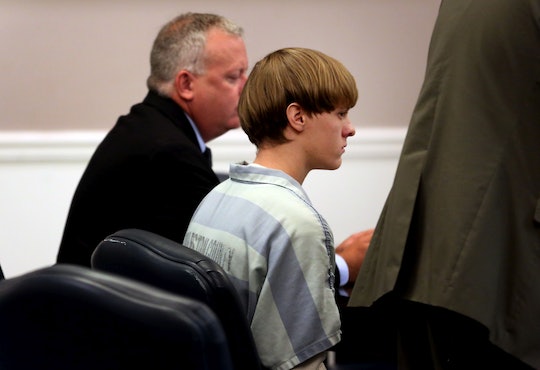 After an emotional trial in Charleston, South Carolina, Dylann Roof was sentenced to death for murdering nine African Americans at the Emanuel African Methodist Episcopal Church during a Bible study session in June 2015. Roof told the jury before they went to deliberate, "In my confession to the FBI I told them that I had to do it, and obviously that's not really true. ... I didn't have to do anything." He added to his closing argument, "But what I meant when I said that was, I felt like I had to do it, and I still do feel like I had to do it."

Roof reportedly asked the jury to give him a life sentence but said that he wasn't "sure what good [it would] do anyway."

Roof, who is the first person to be given the death penalty in a federal court for a hate crime, defended himself during the penalty phase of the hearing. He did not call any witnesses, refused to testify, and did not apologize for his actions. According to ABC News, Roof said on Tuesday during his closing argument, "Anyone who hates anything in their mind has a good reason to hate."

To be given the death penalty, all of the jurors had to agree — any dissent would have led to a life sentence. Knowing this, Roof reminded jurors that they were asked during jury selection if they would be able to defend their views when it came to deciding his fate. The jury, the same one that convicted Roof of murder in December returned a verdict following three hours of deliberation.

According to witnesses in the court, Roof's five minute closing argument was filled with pauses. During that time, Roof denied that he was "filled with hate" and suggested that it was prosecutors who hated him. "They don't know anything about hate," he said.

The verdict will make Roof the 63rd person on federal death row, though it will probably be a few years until he is put to death since the federal government has put all executions on hold following questions that were raised about the lethal injection process. Roof, like the Boston Marathon bomber Dzhokhar Tsarnaev who was the last person to be sentenced to death in a federal court, will have to wait.

No one from federal death row has been executed since 2003, when Louis Jones was put to death for kidnapping and murdering Tracie McBride. Before him, Timothy McVeigh was executed in 2001.

Roof also faces a second state trial in South Carolina where he is also up for the death penalty, though executions are also on hold in the state. That trial has been delayed indefinitely.

More Like This
Prince William Opened Up About Living With Grief In A Raw Speech
Parents Who Ran Marathon With 6-Year-Old Share Statement After CPS Visit
Post Malone Revealed "The Most Important" Quality He Wants To Bring As A Father
Operation Fly Formula Begins With 78,000 Pounds Of Baby Formula