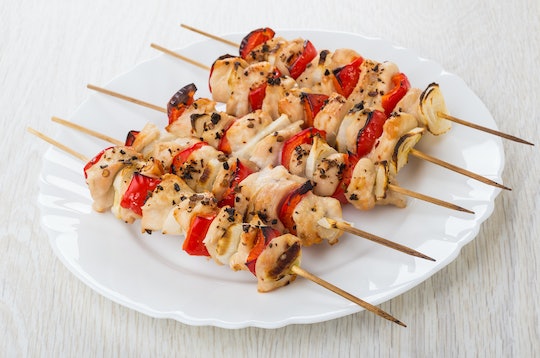 Eating Chicken And 6 Other Surprising Things That Dehydrate You

When you think about health, you might spend most of your time thinking about how much activity you're getting, what sorts of foods you're choosing to eat (or not), how stressed you typically are, and even how much sleep you're getting each night. One thing you might not think as much about is how hydrated (or not) you are, which actually is pretty important. So you might want to know about eating chicken and six other surprising things that dehydrate you, particularly if you generally think a lot about what you're eating most of the time.

Your body needs plenty of water in order to function effectively and healthily, but if you're not drinking enough water and getting enough hydration from liquids themselves, there are other ways that you can get it. Similarly, however, some of the things that you might be eating or drinking can have a negative effect on your hydration levels, causing you to lose that water that actually might be beneficial to your body. Knowing which foods and beverages might have a dehydrating effect on you can also help you determine when to eat and drink these things and when you should maybe choose to eat something else instead. Though you might not think that much about it, the foods and drinks that might dehydrate you are certainly important to know.