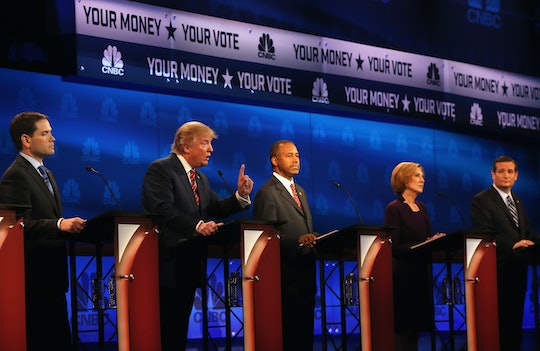 The fourth GOP primary debate is happening on tonight, Tuesday, November 10, in Milwaukee, and the night promises to look pretty similar to prior debates. We can expect another two-part debate with the JV squad squaring off first, followed by the usual lineup of Republican heavies (sans Huckabee and Christie this time around). But there will be one significant twist this time: the Republicans will address economic issues in the fourth debate rather than on a breadth of general questions about foreign policy, defense, and immigration. This is good news for mothers, in particular, since it’s the first time that Republican contenders will spend more than a few minutes addressing the issues that matter most to female heads of household: the economy and economic inequality.

Certainly, women’s issues like reproductive rights are still important to mothers, but with more households depending on women as the sole or primary breadwinner, the economy and health care have overtaken traditional “wedge issues” in terms of importance since 2014, according to the Pew Research Center. Of course, mothers can’t really be considered a monolithic block of voters; what matters most to some won’t matter at all to others. But when you consider the particular consequences that wage, employment, tax, and budget issues have for families with children, it’s easy to imagine why more mothers will be paying close attention on Tuesday night. 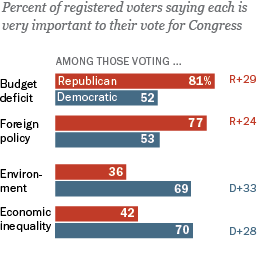 With that in mind, here are three questions that the GOP contenders will need to knock out of the park on Tuesday night in order to win over more mothers.

Right now, women make up nearly 48 percent of the workforce and hold the majority of the low-wage jobs in the nation. Republicans have argued against raising minimum wages because of the potential economic hit to business owners. But if the GOP wants more undecided women voters on its side, the presidential contenders won’t be able to ignore the issue much longer. National Organization of Women executive director Terry O’Neill explained why wages are an issue for women voters on CNN New Day recently:

"The reality is that two thirds of min wage workers are women. These are workers who don’t get health care benefits and they’re working at poverty wages. So, women across the country are very much aware of the economic insecurity that many of them face. And part of the reason why the min wage hasn’t gone up is because too many politicians are enthralled to too many corporate forces that want to keep the minimum wage low."

2. What Is Your Plan For Addressing The Rising Cost Of Student Loans?

Mothers will certainly want to pay attention to how the candidates respond to debate questions on education costs as an economic issue, since women take out more student loans than men, and make less money to cover the cost of repaying those loans. And with college costs expected to climb in the coming years, the candidates should be prepared to talk in detail about their plans to keep families’ future tuition bills low.

3. How Will You Address Wage Inequality?

The gender pay gap is real, and young working mothers are definitely feeling it. A Pew survey found that millennial moms are more likely to say that parenthood makes it harder to get ahead at work. And four-in-ten mothers said they have taken a significant amount of time off from work (39 percent) or reduced work hours (42 percent) to care for a child or other family member, which certainly doesn’t help narrow income inequities. We may be waiting a while for the GOP to side with mothers on this one: Republicans have so far opposed equal pay legislation even going so far as to deny that a pay gap exists at all.

So far, the Republican candidates have ignored women’s issues on the debate stage--except the few times a candidate has stepped forward to say something outright insulting or nasty to a female candidate or moderator. But the changing dynamics in American households mean that more women than ever--and certainly more mothers--will be paying attention to the next debate. And if the Republicans want to actually win over more mothers, they’ll need to finally clarify plans to help more mothers succeed in the workforce.