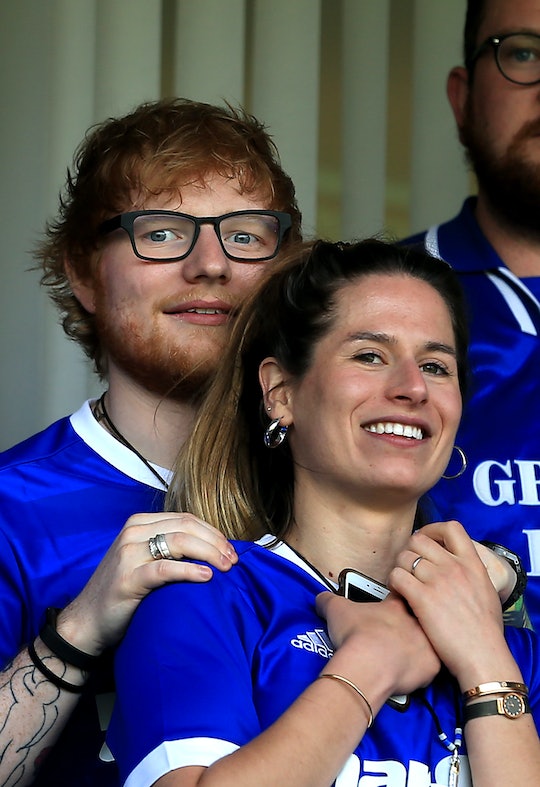 In possibly the coziest baby announcement of 2020, Ed Sheeran announced the birth of his daughter on Instagram with a photograph of a hand-knitted blanket (a basket stitch from the looks) and pair of socks on September 1. "Ello!" began the caption, which revealed that Sheeran and wife Cherry Seaborn had welcomed the baby the prior week with the help of "an amazing delivery team." (Puts down the knitting needles so as to clap.)

The post also gave fans their daughter's full name, which included a nod to mum and a nod to baby's minstrel dad. Lyra Antarctica Seaborn Sheeran has both parents "completely in love with her," wrote Sheeran. "Both mum and baby are doing amazing and we are on cloud nine over here."

Lyra derives from the same Latin word as lyre, and means harp. Antarctica is a chilly continent where a cozy hand-knitted blanket will indeed come in handy. Seaborn is Cherry's surname. All around, fans agreed it was a folksy and sweet touch.

The 29-year-old ginger, whose adorable 1991 baby videos can be glimpsed in the music video for his 2014 hit song, "Photograph," met Seaborn in high school in the UK, according to The Sun. The high school sweethearts continued to date while Seaborn attended Duke University in North Carolina, and wed in 2018.

Sheeran finished his post with a request for privacy as he focuses on trying to get socks on a baby (speculation mine).

"We hope that you can respect our privacy at this time. Lots of love and I’ll see you when it’s time to come back, Ed x."