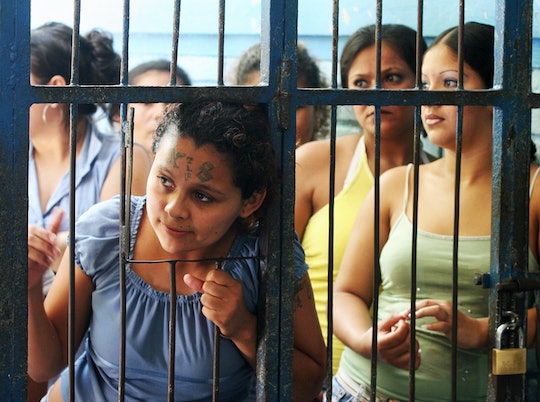 Women in El Salvador who suffer miscarriages and stillbirths have to prove to authorities they didn't intentionally try and end their pregnancies under the threat of being thrown in jail for "aggravated homicide" for decades. Any reasonable person should be able to see why jailing women for miscarriages is immoral and unjust, but for me it's something I can personally relate to, and that makes it truly horrifying. I had a stillborn baby in 2001. The only thing that makes me different than these women lingering in hot, inhumane prisons is geography and the protections I'm afforded by the United States Constitution. And you better believe I, and women like me all over the world, are going to fight like hell to put an end to this barbaric practice.

The country's brutal laws, which are intended to restrict abortion, instead have the effect of terrorizing women and ruining the lives of entire families. Amnesty International is on the ground in El Salvador trying to help women who have been jailed, like Teodora del Carmen Vasquez, who passed out in her seventh month of pregnancy with pain. When she awoke, her baby was dead and she was handcuffed and arrested. No medical treatment. No thought for the 11-year-old son she already had. She was sentenced to 30 years in jail in 2007 and remains there today.

I was in my seventh month of pregnancy too. I was swollen and felt terrible and called my doctor whose office told me to drink more water and take Tylenol and just hold out until my scheduled appointment the next day. By the time I made it to the appointment, there was no heartbeat. I drove myself to the hospital where they did an ultrasound and I saw my baby there floating, motionless. It was the worst moment of my life. I had pre-eclampsia, which had killed my baby and sent my own blood pressure sky high. I was in danger of going into seizures at any moment and dying too.

But my broken heart hurt the worst.

The thought that, at that moment, I could have then been accused of intentionally trying to kill my baby, a girl I planned to name Grace, is unthinkable. So reading about women like Vasquez hits me in a very personal way.

These women's bodies, like mine, turned against them. It's feels like both a failure and a loss of the biggest proportions and under the best of circumstances, a miscarriage requires plenty of time to recover from both physically and emotionally. But if you're a woman like Vasquez, who was unlucky enough to be born in hyper-religious El Salvador, your experience — your alleged failure — is turned against you in order to make a political statement about abortions. As if there's some moral high ground to claim by making a woman's body a religious battleground.

Vasquez and the women like her live everyday in cramped, hot conditions without even the barest of necessities. And while El Salvador is the country with the worst record on abortion, it's hardly the only country that uses an anti-abortion doctrine — which uses the misleading phrase "pro-life" — to destroy the lives of women who happen to need reproductive healthcare. Malta has also outlawed all abortions, even in the case of rape, incest, or if the life of the mother is in danger.

I wish someone could explain to me how that falls under the definition of "Pro-Life."

I bring up my own sad story to try and help convince folks that, when it comes to women's health and their bodies, things happens. When I had my stillborn baby, I checked every single box: young, healthy, good medical care. I ate the right stuff, did all the right things, and read all the books. And it still didn't go right.

Instead, when I least expected it, my body did something crazy and betrayed me in the worst possible way. Maybe some women have never experienced anything like a miscarriage or stillbirth, so they might be quick to dismiss the plight of myself or others as a "where there's smoke" situation. Maybe you think, "Well, if abortion is illegal, and they seemed guilty of breaking the law in their country, then maybe they should be in jail," just stop right there. Society, but other women especially need to believe women like Vasquez. People should believe all women — the baby-making-challenged and those who don't want babies — because women can be trusted with their healthcare decisions. Even the decisions that hurt and don't seem to make sense.