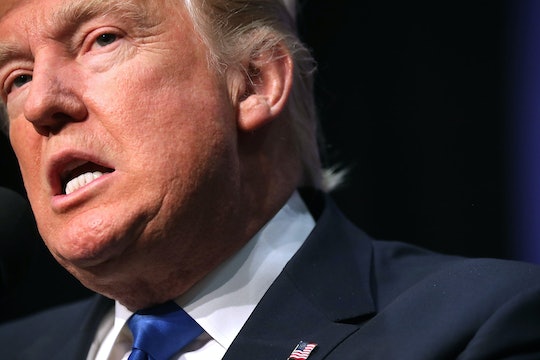 It hasn't technically been the longest election cycle ever, but it certainly feels that way. Now that it is finally drawing to a close, the good people of the internet have been dealing with it in the only way they know how. Through memes. Election night memes and tweets show that people can have a sense of humor about everything. And perhaps America needs that sense of humor, to remind us all to remember to laugh, regardless of the outcome.

The best part of this nightmarish election has undoubtedly been the jokes, which basically write themselves when you have someone like Donald Trump running for president. Horrifying as it is that the human embodiment of old boys' club bigotry and backwards thinking had an actual shot at the White House, the memes on the internet were admittedly pretty darn great. They were the shining beacon of light throughout the various campaign speeches, all three debates, and now, finally, the election night itself. For that very reason, I have taken the liberty of rounding up the very best of the election night memes out there, covering everything from the Clinton campaign to the Trump camp's fear-mongering. So just sit back, relax, and let the internet work its magic once again.

Many of the most amusing tweets and memes created were generally about a sense of apocalyptic fear should Donald Trump actually win the presidency and somehow become the leader of our country. Even non-Americans were genuinely terrified about the way that this could go.

Basically, everyone was just extremely stressed out. And yet, many still found time to find levity in the situation that could change every American's life for the rest of time.

For example, this imagining of what our president would look like in the event of a tie, which is disturbing for several reasons. My personal favorite take on the election is this picture of baby otters.

The term "gallows humor" exists for a reason. Without hilarious memes on the internet, how on earth would anyone be able to get through this entire election in one piece?

Jokes about the election have been abundant seemingly especially this particular election cycle. They started way back when Donald Trump's candidacy seemed to be a joke in and of itself. But as he became a more and more serious candidate, the jokes got a little bit darker. Now that the longest and most exhausting campaign is finally at an end, the memes keep coming. And thank God, because we need them.