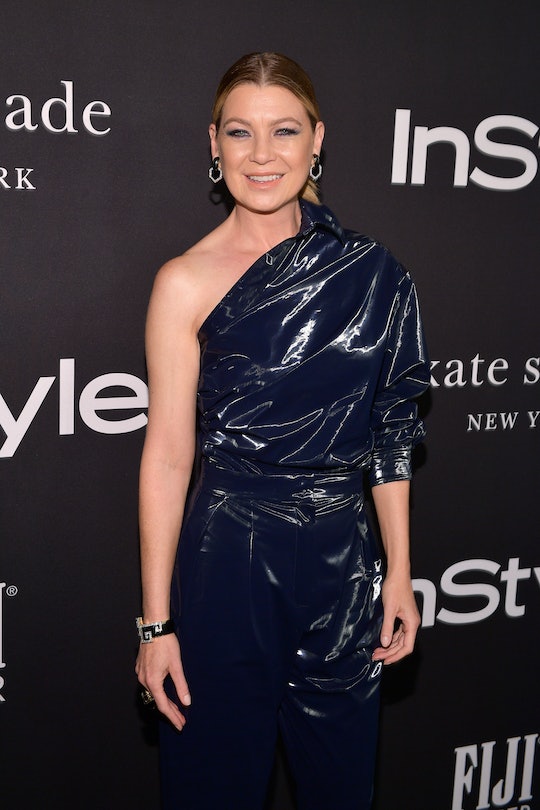 She might be better known as Dr. Meredith Grey, a tough problem-solver who can crack any medical case, but actress Ellen Pompeo sometimes finds herself in a parenting dilemma where there is no immediate diagnosis. Pompeo candidly discussed raising biracial kids in a conversation with Jada Pinkett Smith, and her perspective is important.

As Us Weekly reported, Pompeo was recently a guest on Jada Pinkett Smith’s Red Table Talk with Willow Smith and Adrienne Banfield-Norris (Jada's mom), and the TV personality was refreshingly honest about the ins and outs of raising Stella, 9, Sienna, 4, and Eli, almost 2, with husband Chris Ivery, who happens to be biracial himself, as Us outlined.

“My challenge with raising brown children is how much do you say to them and how much do you not say to them?" Pompeo explained, according to Us Weekly, after an incident in which Stella's friend assumed the nanny was Stella's mom instead of Pompeo, based on their skin tones.

Even recently, Pompeo elaborated, she was surprised when her daughter's friend come over for a playdate and didn't immediately realize she was the mom, due to skin color. "The little girl came in and I introduced myself and I said, ‘I’m Stella’s mom,’ and she looked at me and she was, like, almost scared, and then she went right to Stella and she said, ‘That’s your mom? I thought that was your mom [and pointed to the nanny],” the actress told the Red Table Talk team.

The actress, who has been married to her music-producer husband for over a decade, noted on Red Table Talk that it is up to parents to educate global, forward-thinking citizens.

“As moms and dads, we have the responsibility to expose our children to all different types of people; to just show them the differences in the world,” she said, according to Us Weekly. And in 2016, Pompeo told People that her girls need role models who look like them.

"... It’s very important to me that they see a lot of images of beautiful, powerful, strong black women,” she noted. “Every time there is a black woman on a magazine cover, whether it is Kerry Washington or whoever it is, I make sure that magazine is in my house and on my table."

Ironically, though, her statements over time, while true and seemingly positive, have resulted in Pompeo attracting a lot of flack both from white and African American communities. The star told the Red Table Talk team that she's received comments from white people in the past. She's also received some criticism from people who think she doesn't understand their experience or is sometimes too naive.

"If I celebrate anything black I inevitably get a million comments," Pompeo told Pinkett-Smith's co-host and mom, Adrienne Banfield-Jones, during the show.

Meanwhile, in November, the actress had yet another chance to speak out about the lack of diversity in Hollywood at an event sponsored by Net-A-Porter's Porter magazine entitled "The Great Television Debate," as Vox explained.

During the event, Pompeo didn't waste words in calling on producers not just to hire a diverse cast, but a behind-the-scenes crew that looks more like the world around us.

To be sure, Pompeo is hardly the only actress to point out the thorny issue of representation in the entertainment industry, noted Vox, which pointed to Viola Davis, Frances McDormand, and Jessica Chastain, as vocal advocates of much more diversity on both sides of the camera.

Unfortunately, a recent study from the University of Southern California's Annenberg Foundation found that an analysis of 1,100 of Hollywood's top films show that on-screen representation for a number of groups, including people of color, women, LGBTQ performers and those with disabilities in the past 10 years remains low, despite well-intentioned talk.

"I feel a responsibility to at least try to get people thinking or talking," Pompeo posted on Twitter, about the conversation with Pinkett Smith. "Even if they disagree w me. obviously I’m ready for that. I just cannot sit & post selfies or do nothing with [t]his platform."

I think Pompeo is brave to use her platform to talk candidly about race in America, and to be willing to discuss her own family experiences. More stars like her having such conversations really might bring about some change.