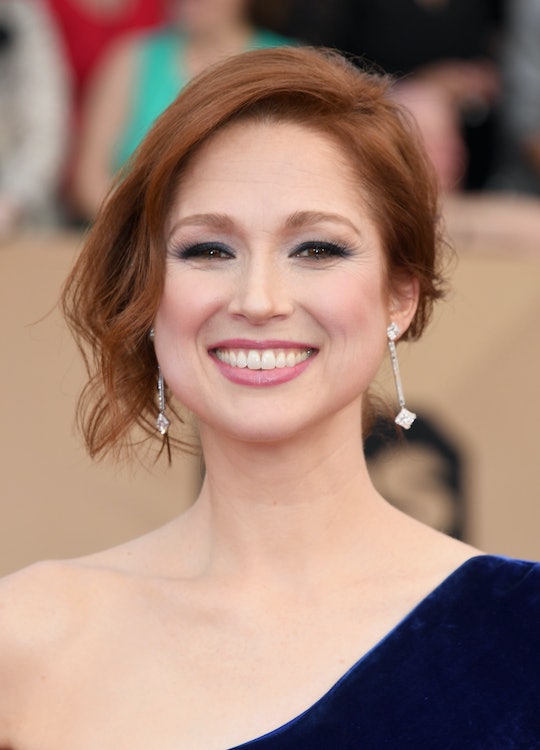 Ellie Kemper's Baby Boy Is Too Cute For Words

It’s been almost a year since the star of Netflix’s Unbreakable Kimmy Schmidt gave birth to her son last summer and no pictures or videos of her little guy have graced our social media feeds yet. Well, our patience has finally been rewarded now that Ellie Kemper shared the first photo of her baby during an interview with TODAY on Friday — and he’s just too cute for words.

As with almost every reaction to an adorable baby photo, TODAY hosts Sheinelle Jones and Dylan Dreyer couldn't help but gush about the 37-year-old actress and husband Michael Koman's first child, 10-month-old James. "He's so cute!" they said.

"You guys have the right reaction," Kemper replied during the TODAY interview, and then added that motherhood has taught her to do the same thing any time she sees a baby photo.

"Now that I’m a mom, when I see a photo of any baby, I know — even if I think the baby is just so-so — you have to react like, 'That’s the cutest baby I’ve ever seen!'" Kemper said with a laugh. "Because if anyone doesn’t have that response when they see a picture of James, I’d leave."

Well that certainly won't happen here. Look at this little bundle of cuteness:

"He is the cutest baby on the planet," the new mom said in the same interview.

And who wouldn't agree? Look at his wispy red hair, those big brown eyes, and his adorable baby cheeks. And that baseball-themed onesie that says, "Mommy's All-Star" while holding onto his mom's wallet — it's just too much sweetness for one photo.

While this is the first time little James has made an appearance on national television, the new mom also gushed about her "flawless son" during an interview with Jimmy Fallon on The Tonight Show earlier this week.

"It's crazy. You think 'I'm not going to be one of those parents who thinks that their baby is like the most adorable perfect thing and I'm not going to be obnoxious,' but I'm fully obnoxious about it," Kemper told Fallon. "He's perfect, he's flawless, it's incredible."

"He's a genius, he's the smartest baby you'll ever see," she jokingly replied when Fallon asked asked if little James was a baby genius.

She also added that her son is not quite interested in toys just yet, but he likes a "good drain plug" or "just a box." And also — as we can see in his first baby photo shared with world — a fashionable red wallet seems to also spark his interest.

It may have taken several months for fans to get a glimpse of Kemper's little guy, but it was certainly worth the wait.