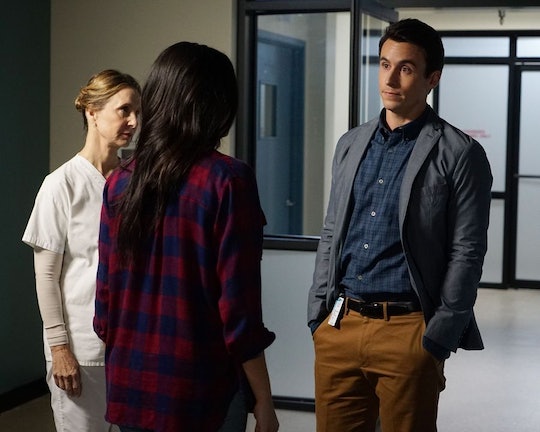 When Pretty Little Liars jumped five years into the future, there were a lot of things that just didn't make sense to fans. While most of us are still trying to understand how Spencer and Caleb ended up hooking up, our biggest question is who is Elliot Rollins? There have been a lot of Elliot Rollins theories on Pretty Little Liars, and by the end of Season 6 it was finally revealed that he is in fact evil and not in love with Alison at all (or if he is, he's got a strange way of showing it). Instead, he really loved Charlotte, also known as CeCe, who is actually Alison's cousin, not sister. Even worse, Elliot is working with Charlotte's mom, Mary Drake, and the two of them have teamed up to take control of Alison's 51 percent share of the Carissimi Group's money.

But how did Elliot get involved with Charlotte in the first place? Did he ever love Alison, or was it all really part of his plan? Could he possibly double cross Mary Drake? Is he related to Wren? When it comes to Elliot Rollins there's still many questions, but PLL fans are on the case. Here's just a few possible theories on why Elliot has shown up in Rosewood and what his end goals may be.