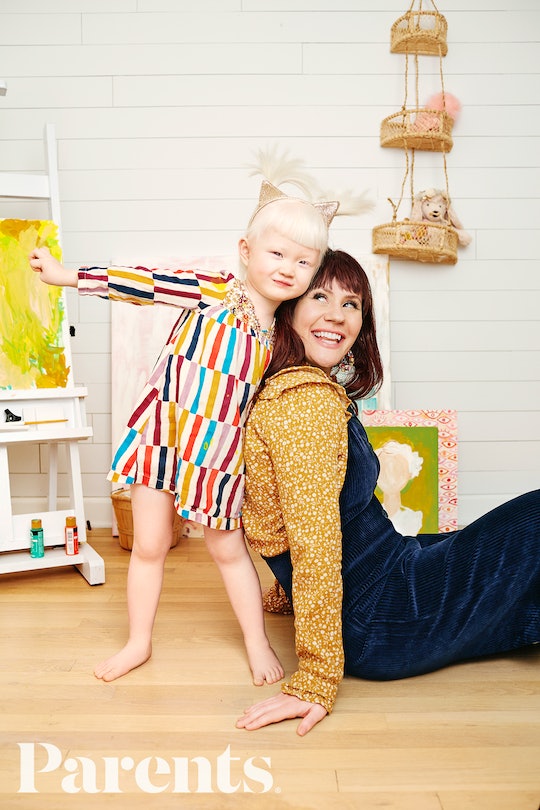 Elsie Larson On Adopting A Baby From A Foreign Country: "Don't Have Any Expectations"

When it comes to building a family, the truth is that the journey does not always unfold the way we think it might. In fact, becoming a parent is not always a straightforward thing, and the more we talk about that candidly, the easier it gets for future mothers to reduce their expectations, and open up to what life has to offer. And recently, lifestyle blogger and author Elsie Larson opened up about adopting a baby from a foreign country in the latest issue of Parents, sharing that the best advice she got was just to not have "any expectations," and to take it as it comes.

Larson and her husband Jeremy started their road to parenthood where many find themselves: with difficulties conceiving. "I always wanted to be a mom, but conceiving just wasn’t happening for me," she told Parents. "I’d always had a desire to adopt, so we agreed that if I wasn’t pregnant by our fifth anniversary, we’d start the process."

She added that a friend of their had "adopted a girl with special needs from China." She told the magazine, "Her story opened our hearts, and we knew we wanted to do the same."

Well, their anniversary came and passed, and the couple realized it was time to consider other options.

At that point, Larson signed up to be an adoptive parent, but as she explained, it's a process, and you have to wait to be matched.

Finally, the Larsons received an email from the agency with which they were working, for a child who hadn't found parents yet. "We opened it, and there she was. In our application, we’d checked off special needs that we felt we could handle, such as a cleft palate," Larson explained to Parents. "Albinism wasn’t one of them because it often comes with severe vision issues. So when Jeremy saw this 2-year-old girl, he said 'oh, she’s really cute!'"

When the Larsons eventually travelled across the world to pick up their daughter, Elsie told MindBodyGreen that it was a really jarring process. "You meet your child, and then an hour later you take them back to your hotel. It took a full day for it sink in with her that she was staying with us—she was only two-and-a-half at the time—and hour by hour you could see the fear setting in," she told MindBodyGreen.

However, that wasn't going to sway them. The Larsons received what Elsie calls the best advice possible from her friend, who had also been through the process of adoption. "Don't have expectations" became their mantra, she added in the Parents interview. "Whatever you visualize is unlikely to be what actually happens," which is pretty much true for any parent.

On her blog, A Beautiful Mess, Larson opened up about what the transition back to "normal life" was like with Nova, addressing questions ranging from why her hair was buzzed (it's common in some orphanages) to what she liked to eat (noodles, and lots of them!) to whether or not there was a language barrier (a bit, but it's being resolved).

"We are still getting to know Nova, seeing new sides of her personality every single day," she wrote on her blog at the time. "She’s so hilarious. She loves music. When we first met her, the orphanage representatives who brought her to us told us that she is like a little adult, and that is so true. She copies everything we do, which is both adorable and terrifying."

It's clear that the Larsons' story is an inspiration to us all, not only because of the lengths they went to create the family they want, but also their resilience, perseverance, and perhaps the most important message there is: building a family might not happen the way you imagined, but that doesn't mean it can't all come together better than you'd ever dreamed.