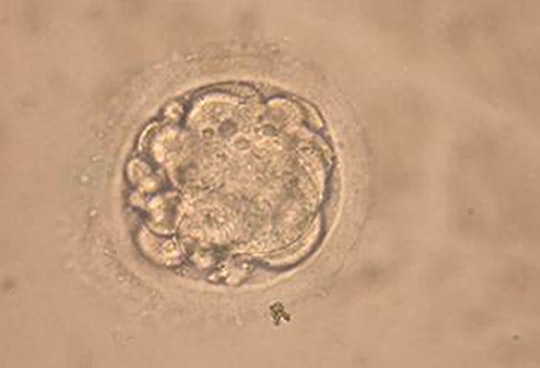 “Adopted” Embryos Provide Yet Another Option To Some Couples

For people who have been unable to conceive, in vitro fertilization has been the near-magic that has allowed them to become parents. In two countries — the United States being one of them — parents also have the option of participating in a unique program that allows them to remain in contact with the donors who made the parents' embryo a reality. "Adopted" embryos may be an option for some infertile couples — and often times, it's a more affordable one, too.

While most people are probably familiar with the process of IVF as it pertains to either donated sperm or eggs, there are also instances where couples who have created and cryogenically frozen embryos for later use decide to donate them to couples who have been unable to conceive. Researchers at the University of Huddersfield in the U.K. have been looking at the experiences of couples who procured embryos from the Snowflakes® Embryo Adoption Program over the last two decades. Twenty years ago, in 1997, the organization began contacting couples who had frozen embryos they had not used to see if they would consider donating them to couples who were struggling with infertility, according to the program's official website. Since then, 1,200 couples have donated their embryos, and 500 babies have been born as a result. The program encourages "open adoption" between donors and parents, which is similar to the option given to parents who adopt a baby through an agency.

The researchers at Huddersfield, lead by Dr Lucy Frith, wanted to find out what the experience has been like for donors, parents, and children who have chosen to partake in this arrangement over the last 20 years, according to the University of Huddersfield press release. They published their findings in the journal Human Reproduction back in March. While participants indicated there were certainly challenges in navigating this new and complex type of relationship, and that the process is certainly not without controversy, the responses researchers obtained were positive overall. Many of the donors, receiving parents, and children reported that they felt positively about the "extended" family relationship, and that being able to talk openly about the child's identity was positive for the entire family, according to Eureka Alert.

The researchers at Huddersfield only looked at the policies, procedure, and experiences at Snowflakes®, but there are other similar programs throughout the United States, as well as in New Zealand. During the Obama administration, the U.S. Department of Health and Human Services had $24 million allocated for the purpose of promoting and supporting embryo adoption programs, according to a report in the Pacific Standard.

While these programs have garnered interest and support, they haven't historically been equally accessible for all: many of the earliest programs in the U.S. were founded by Christian organizations that are often against adopting to single or gay parents, according to a report by the BBC. One of the primary U.S.-based organizations, the National Embryo Donation Center, stipulates on their website that prospective parents "must be a man and a woman married for a minimum of 3 years." There are other organizations, however, that do not discriminate against the LGBTQ community. A full list of U.S.-based organizations, which includes their requirements and restrictions, is available on the Embryo Adoption Awareness Center's website.

Economically, embryo transfer is also more accessible for many couples than IVF and even traditional adoption, both of which can be very expensive. According to The National Infertility Association, embryo transfer costs between $2,500-$4,000 on average, compared to one cycle of IVF, which can cost upwards of $12,000. According to data from the Child Welfare Information Gateway, the costs of traditional adoption can vary widely state to state, and even more so if the adoption is international. On average, though, adoption costs between $20,000 to $50,000 for most families whether they go through a private or independent agency.

That being said, cost is only one of many considerations. Each family's situation and preferences will lead them toward the option that's right for them. The amazing part is, now more than ever before, couples have so many different options to choose from, making it far more likely that their dream of having a family will come true.