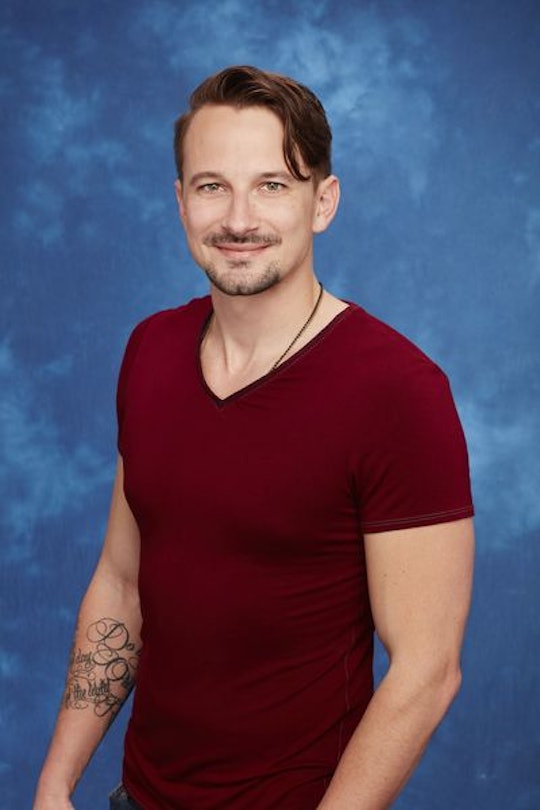 On Monday's The Bachelorette, Evan laid down exactly how he felt about Chad, JoJo, and the show. Chad gave JoJo an ultimatum on The Bachelorette. If Chad stays, he's going to leave. Chad has been causing some serious tension in the house with the other guys. As Jordan said "Chad is a time bomb waiting to explode." On this season, Chad is pretty clearly the villain in the house. He is loud, incessantly boastful, and constantly reminding some of the other guys that he is far larger, taller, and more muscular than them, and he could easily beat them up. Even he refers to himself as a bully, perhaps shedding light on his true feelings, by complaining to JoJo that Evan was trying to bully the bully. His aggressiveness reached such a peak that the guys sharing a room with him actually had a security guard present around the house. Just in case he found himself in the middle of a sudden rage and hurt them, I guess.

More Like This
Woman Who Didn't Know She Was Pregnant Gives Birth On Airplane To Healthy Baby
A 25-Year-Old Mom Thought She Was Pregnant With 7 Babies. She Gave Birth To 9.
Josh Duggar's Family Has Spoken Out As He Faces Child Pornography Charges
Queen Elizabeth Has Given Her Royal Approval For A New Line Of Beer

Evan was perhaps the most proactive when it came to making moves to get Chad out of the house. First, on the group date when everyone was telling funny stories about some of their most awkward sexual experiences, Evan, who is an erectile dysfunction specialist, decided to go after Chad by telling a story about "someone he knows" who was experiencing some issues after using steroids. That someone was supposed to be Chad, in case you didn't get it. Chad responded very aggressively, as Chad tends to do. Later, on their date, Evan told JoJo that as much as he wants to be there, he simply does not feel comfortable staying if Chad gets a rose. JoJo would have to choose, it's either Chad or Evan.

But his plan didn't exactly go as he'd intended. JoJo thought about it, as she said she would, and came back with a single rose. In a one-on-one, JoJo told Evan that she wanted him to be there, but she wasn't ready to get rid of Chad quite yet. (Why, JoJo, why?) In the end, Evan accepted the rose anyway, making his ultimatum essentially useless.

At this point, I'll consider it a win for Evan if he makes it out of that house without a black eye from Chad.