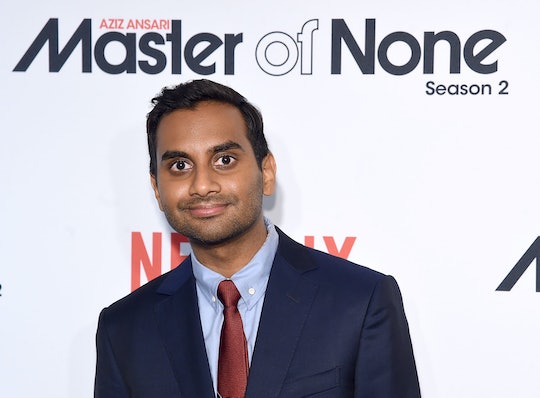 On Saturday, women's website Babe published an exclusive report where a woman accused Aziz Ansari of sexual misconduct. The woman, who went by the pseudonym Grace, describes an incident that is, in the least, troubling, because she alleges she never verbally consented to any sexual interaction with Ansari. Ansari has since issued a statement that said the entire encounter with "Grace" was "by all indications completely consensual," but that he took her allegations to heart. Since the report, Twitter users have overwhelmed the platform with their hot takes. But the worst response to the allegations against Ansari is also the most common one: most of the internet is debating about whether Grace's allegations even qualify as sexual assault.

You can read Babe's original report here, but in summary, Grace says she went on a date with Ansari, and that afterward she went to his apartment, which Ansari confirmed in his statement. At his apartment, she alleges he quickly made sexual advances on her. When they were making out, Grace told Babe, “I said something like, ‘Whoa, let’s relax for a sec, let’s chill.’” But then Grace alleges Ansari continued kissing her and then performed oral sex on her. Grace told Babe she used "verbal and non-verbal cues to indicate how uncomfortable and distressed she was." At another point Grace told Babe, “I said I don’t want to feel forced because then I’ll hate you, and I’d rather not hate you."

Grace's recollection of the encounter alleges a number of other problematic moments. But the public won't just accept Grace's description of events as problematic and move to talking about changing a sexual culture that mistakes silence as consent. Instead, people are focusing only on whether what Grace described is actually sexual assault. But this focus is misguided, partially because even if the answer to that question, in a legal sense, is "no," Grace says she feels violated, and the reasons why are worth discussing and fixing.

In debates about Grace's encounter, the definition of consent seems to be totally lost on people. Consent must be enthusiastic, it must be verbal, and it must be specific. Meaning, if I ask someone, "Can I kiss you?" and they say nothing, like Grace claims she did in her encounter with Ansari, that is not consent. If I ask someone, "Can I kiss you?" and they say, "Yes," that "yes" is only specific to that kiss. That "yes" does not include me grabbing their breast or their butt. And that "yes" has an expiration date — just because someone says I can kiss them at one time does not mean they want to be kissed later that night or two days later when I see them again. And if someone asks to stop all sexual activity or says "...no, I don't think I'm ready to do this," like Grace claims she said, then I need to back off, because any sexual action I take after those words without asking is, at minimum, a violation of consent, and, according to some state law, sexual assault.

The allegations against Ansari sound, to many people, like a common sexual encounter, and that's part of the problem.

Even people who are aware of the definition of consent have fought it or defended alleged abusers, saying that the definitions of both consent and consent violations differ by community, the types of sexual content someone has consumed (like porn), and by generation. That might be true, but that doesn't mean it's a good thing, or that it's something we shouldn't be working to change. That "truth," after all, is part of the reason so many of these "gray areas" exist in conversations about sexual misconduct. That many men don't know what consent actually is leads to sexual encounters where, for example, the woman remains silent while the man, after touching her genitals, then gets up and wordlessly puts on a condom and begins penetrating her, despite the fact that they have not verbally communicated any boundary. That kind of incident does not describe a consensual sexual encounter, and the fact that many people, especially men, think it does is exactly why sexual assault and rape culture is so rampant.

But this discussion is being buried because, yet again, people are attacking the accuser's credibility and what she's "done wrong." A lot of people are asking questions like, "Why does it always have to be on the man to make sure they're getting consent? If a woman doesn't speak up (like Grace didn't) then that's her fault, because she went along with it." This response is problematic for a few reasons, with the primary being that Grace isn't the one facing sexual misconduct allegations, so her actions aren't the ones we should be having a deep cultural discussion about. But, second, I would say, plainly put, nah. Yes, women should feel empowered to speak up when something they don't like is happening to them or they feel coerced, but it is because of a culture of sexual intimidation and aggression — created by men — that we stay silent. This same culture is being completely ignored in conversations that attempt, for some bizarre reason, to decide whether Grace's experience is assault according to the law. The legal conversation doesn't matter to a persistent culture of sexual misconduct, where the majority of accusations go unreported or don't lead to prosecution.

It is 2018, and it's time to stop talking about an accuser's credibility, and it's time to start talking about men's actions during sex, and a general sexual culture that favors men. By now men are aware of the fact that women often remain silent when we are uncomfortable or upset, and that reaction is the result of us being taught — by men, yet again — that if we aren't silent or if we protest, we could be met with violence, arguments, or labels like "crazy" or irrational or bitch.

You can't claim ignorance about a sexual encounter and also claim to support a movement that seeks to cure that same ignorance.

Sure, it's true that men are taught by sexual media to be aggressive and persistent, but that has never been an excuse for sexual misconduct and it especially shouldn't be now, because men are aware of it. This means it is on men to make sure they are stopping that culture — especially if they purport, like Ansari does, to support movements like #MeToo. You can't claim ignorance about a sexual encounter and also claim to support a movement that seeks to cure that same ignorance.

So, instead of asking "Why didn't she leave his apartment? Why didn't she verbally say no?," we need to be saying, "Pointing to your penis and asking for a blow job after someone says they don't want anymore sexual contact is not OK. Women can still be violated even if they enter someone's apartment after a first date, or kiss someone and then want to stop kissing, or complete a sexual request despite not wanting to."

If we have to debate about whether someone's sexual experience was assault, then we still have major cultural problems to address — problems that men are fully aware of and that they have the power to help stop. Ignorance or "I thought she liked it" is no longer an excuse. We all know when we're having good, enthusiastically consensual sex (that hopefully closes the orgasm gap), so it's time for men to stop acting like they're powerless in a sexual culture where they still call all the shots.