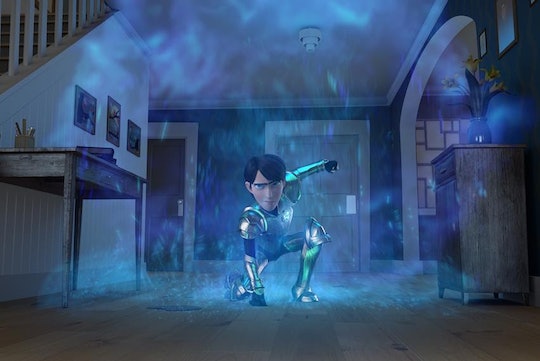 'Trollhunters' Has Not 1, But 1 Spinoff Series On The Way

Trollhunters has been going strong on Netflix for three seasons, with the last released as recently as May 25. The adventurous series follows a teenage boy named Jim who has to protect his town from monsters after discovering the secret realm where they live. Now the world of the show is expanding even further, with two more series sharing the universe. And here's everything you need to know about the Trollhunters spinoff series.

Creator Guillermo del Toro always wanted to explore more facets of the same small town, and this expansion has been in the works for a long time. It seems like it was always the plan, as del Toro told Entertainment Weekly, "The idea was to create three interconnecting series that shared a mythology." Trollhunters was merely the first of three shows under the umbrella of the Tales of Arcadia. Its two subsequent shows, titled 3 Below and Wizards, will roll out over the next couple of years. And they're taking things way beyond trolls. New species will be threaded into the existing legendary monsters, along with new characters. But there will still be some familiar faces, so don't worry about your favorite characters suddenly vanishing.

And if your curiosity has not been sated yet, here's all the important information you'll need to know before you watch.