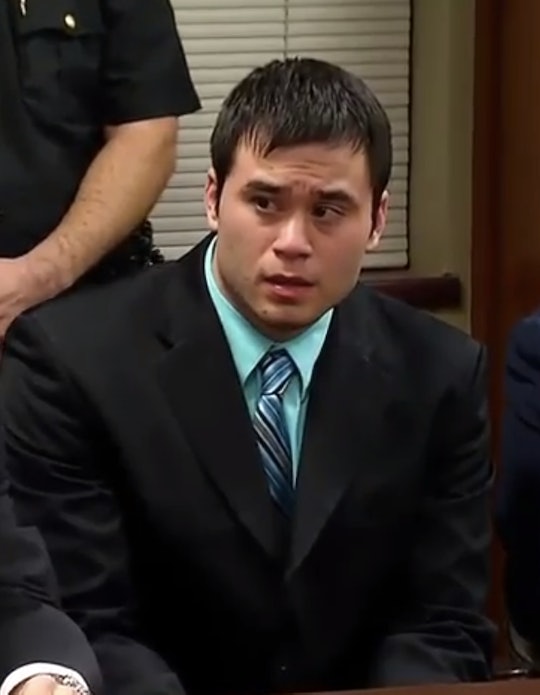 It was a four-day deliberation that took over 45 hours, but the verdict is in the rape case against an Oklahoma cop charged with abusing his badge to sexually assault over 13 women. Ex-police officer Daniel Holtzclaw was found guilty. The disturbing defense Holtzclaw's lawyers mounted, suggesting that the women who accused him of 36 counts of rape, including a 17-year-old girl, weren't so much "perfect victims" as "perfect accusers," did not sway the jury. Instead, the jury recommended that Holtzclaw receive 263 years in prison.

The women Holtzclaw was accused of assaulting were considered to be particularly "vulnerable" because, according to Jezebel, many of them had police records, which in Holtzclaw's mind, and I'm speculating here, made them less credible witnesses. Not only is this reasoning flawed — there is no such thing as a perfect/less-than-perfect victim — it's especially upsetting because it was leveraged by a police officer who is bound by law, profession, and honor to protect and serve. It so seems that we are still living in the dark ages when it comes to rape culture, where victims are put on trial and assailants believe they can wield this screwed up dogma to attack women and get away with it.

Charged with 36 counts that included first-degree rape, forceable oral sodomy, and sexual battery, the defendant was found guilty of a number of charges but not all. At this point, no further information is known about how the jury decided on each charge. As the Honorable Judge Timothy Henderson read each verdict aloud Holtzclaw rocked back and forth in his seat, and at some points, let out loud sobs.

All 13 women bravely testified in the trial, facing their rapist. According to Buzzfeed, one victim who identifies as S.H. testified that Holtzclaw assaulted her while she was high, and in the hospital, handcuffed to a bed. In her testimony, she explained:

I just really can’t believe it because it’s the police. And I thought stuff like that only just really happened on movies. I couldn’t believe what was going on was really going on.

Emotions were high as justice was served.

People seemed pleased with the news of the verdict, reporting it brings comfort to victims everywhere.

Twitter also reminded us of the countless rape victims who never come forward to face their accusers. The high-profile nature of this case offered some solace to rape survivors who never got their day in court.

Watch the live verdict, which came in on Dec. 10.

Sentencing in this case will occur on January 21, 2016, according to Tom George, a Fox reporter who has been covering the trial.