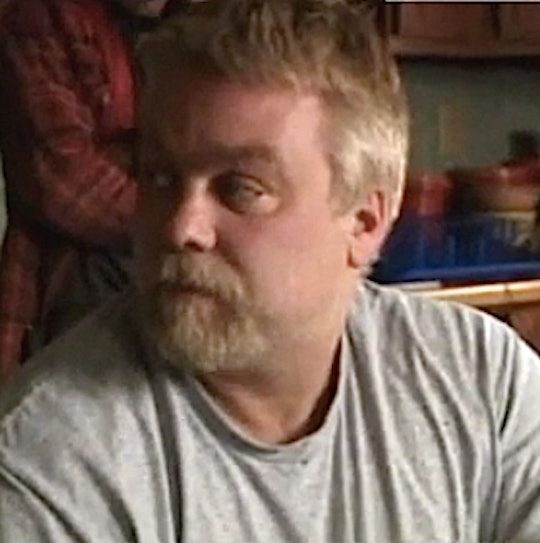 With more than 300,000 petition signatures requesting a new trial following the success of Netflix's Making a Murderer, the docu-series' subject Steven Avery filed two motions in court this week, hoping to appeal his murder sentence of life in prison with no chance of parole. In the new motions, which were filed on Jan. 11, defense attorneys suggested that there were key pieces of evidence missing from the original case and enough suspicion of alleged jury tampering that the Manitowoc man deserved a new trial. Propping that up were arguments by a group of Reddit users who claimed that excerpts from the original Avery trial documents may have had much more to offer to the public. But could those factors prove Avery's innocence? Because this docu-drama and the public retelling of Avery's case is something everyone has an opinion on, tidbits of information like that could potentially give viewers a closer look.

Avery's appeal prominently points to two key facts that he has said entitle him to a new trial (which he claims will exonerate him for the 2005 murder of 25-year-old photographer, Teresa Halbach). According to the appeals filed on Monday, a sitting juror on the Avery case was purportedly "out to get him." Most importantly, the appeal claimed that all evidence — the car key to Halbach's Toyota Rav 4, any blood on Avery's vehicle, and perhaps even Halbach's Rav 4 itself — gathered from the case was illegally obtained by the Manitowoc County Sheriff's Department. (Details on exactly which evidence was not being shared with the media was scarce, but hey, you watched the show, you can probably take an educated guess.)

Obviously that’s false. You get that feeling from the movie that there’s a corrupt Sheriff's office up in Manitowoc County, which is the wrong way to paint the case in the movie. There’s a lot of evidence in this case that the film or movie does not show. I could go on and on about specific pieces of evidence that weren’t depicted in the film. The film basically took the script that the defense used in Steven Avery’s case. Avery had a good defense team, but the jury didn’t buy it, and Avery was convicted of this horrific crime. It looks to me — because I ended up watching this documentary — that it was produced for entertainment purposes. From the beginning, in episode one, Avery talks about [the incident with] that cat. ... He says he waved it over the fire and it was the family cat and 'I did some stupid things when i was young.' But he was 20 years old, and he didn’t just wave it over the fire — he doused it in gas and oil, and you learn that in episode one. You have this film that shows three or four hours of the courtroom [proceedings] — and I understand when you make a movie you can’t put it all in there — but the jury saw nearly six weeks of testimony and a lot of that evidence was left out of the documentary.

In at least a few of the recently posted Avery court documents too, which were made available by Reddit users PonchoTheCat and Skipp Topp, there were a few passages that stood out as intriguing (at the very least) and potentially (potentially) game-changing. Some might argue that based on these things, Avery should be granted a new trial — in order to make sure that justice is being fairly enacted — even if it's a decade after the original case went down. Thanks to a pair of filmmakers that decided to make a documentary about a case that eventually would grip the nation, that option may actually turn become a reality.

Although there aren't many transcripts from the trial available at the moment (more on that after the jump) one document Reddit editors pointed to yielded at least a few, very strange passages — passages that suggested prosecutors may have allegedly convinced nephew Brendan Dassey to craft a fake story about Avery's crime. (You can watch the riveting moment when Dassey, clearly not understanding the severity of what he's being charged with, asks police if he can go back to class, in episode four of Making a Murderer, but before you do that, check out the excerpts below and make your own call):

Police Decide To Shut The Audio Off

I've watched too many whodunits to know that whenever cops ask to turn off the audio (and no attorney is present protecting the rights of the person being questioned, as is the case with sixteen-year-old Dassey, here). it's never a good sign. Does it prove anything? Not really (especially since questioning a minor without a parent is still legal), but it's still pretty interesting.

Here's where things get even weirder. In an interview, I'd expect that the person of interest narrates the turn of events, not the police who are trying to gather the facts. But analyzing the court document above, you can see that Brendan Dassey is quite recalcitrant, while Detectives Weigert and Fassbender are leading the interview. New York Magazine, in an article that called Dassey's interview agonizing to watch because Dassey's "IQ [put] him near the range for intellectual disability", remarked that the process was concerning it revealed a "weird quirk of human nature" — that it's not all that difficult to get people under duress to make false confessions. In fact, the article went on to explain an entire science behind why people under stress, like Dassey was, confess to things they didn't do. That said, the Manitowoc Police Department says the confession followed standard protocol.

The fact that the court ruled that Avery's lawyers were unable to mount a defense introducing third-party suspects, in other words, anyone else with potential motive to kill Halbach, proved in some people's eyes that Avery wasn't given a fair trial.

Redditors allege that the court didn't just dump out third party motions, but individuals themselves. Many armchair detectives and Reddit users have speculated that others could have been involved with Halbach's murder (though those theories are so far unfounded). But the documents above prohibited any mention of other possible suspects.

But wait, there's more legalese stuff floating around the Internet suggesting Avery could be innocent.

Fruit Of The Poisonous Tree

I'll admit that the only reason I understand this term is because everything I know about the law is from Law & Order. Fruit of the Poisonous tree is a legal expression that enforces collecting all evidence in a legal way, or else it cannot be used at court. According to Avery's attorneys, any evidence obtained from the Avery residence (including the salvage yard) was illegally obtained without a warrant, and therefore, should be excluded from the case.

The Jury Pool Was Tainted

"You have to think of all the things he did when he was younger. People who remembered those events swayed the [other jurors]," said Richard Mahler, a juror who was dismissed from the case told People. Another Avery neighbor told People, "We feel safer with him in jail. He should be locked up and throw away the key." His reputation in the community was already shattered after his first arrest and time served, as this one source's above opinion shows.

In addition to the jury pool being possibly tainted, Avery's champions point out that there are court documents that prove one of the jurors swayed another's mind for an eventual conviction in the 2005 case. Substantiating this claim, a juror came out via the filmmakers of Making of a Murderer, Laura Ricciardi and Moira Demos on the Today Show to say that Avery was not guilty but claimed the jurors feared for their safety. "We were contacted by one of the jurors who sat through Steven Avery's trial and shared what us their thoughts and they told us that they believe Steven Avery was not proven guilty, they believe that Steven was framed by law enforcement," Ricciardi shared.

Regardless of whether you believe in Avery's guilt or innocence, this documentary has brought to life some possibly scary holes in the U.S. justice system. Reading the court documents themselves, however, can help all Americans learn more about how the law works. Imagine if the newest trend became binge-reading! It's not a bad idea, folks. Only from an informed standpoint can people overhaul change.